Don’t the Duchenne Boys Deserve a Moonshot, Too? 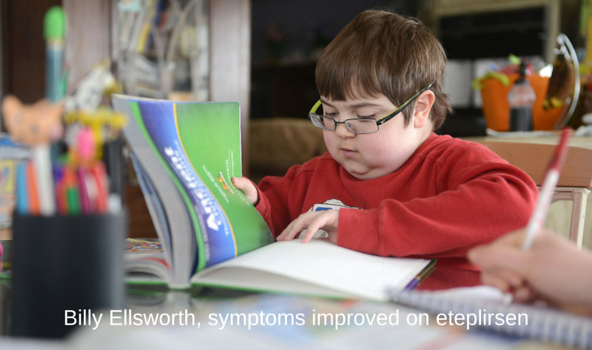 Every morning I pour my first cup of coffee and comb through my emails and go to a series of websites and Google alerts to help direct the stories in our new morning digest offering, The Daily Rise.  This morning I clicked on a story from the New York Times by Andrew Pollack – Advisers to F.D.A. Vote Against Duchenne Muscular Dystrophy Drug.  A new treatment option for these patients called eteplirsen, was voted down on two counts by the F.D.A. advisors.

I looked at the pictures and read the patient testamonials and was reminded of a video my husband brought home recently about a 20-year-old young man living with Duchenne’s Muscular Dystrophy named Dusty — Dusty’s Trail: Summit of Borneo. It’s an inspiring tale of one mother’s love for her son, and her desire to bring global awareness to the disease she was told was slowly taking her little boy away. Coalition Duchenne was born.

This treatment on trial before the FDA Advisory Committee proved optimistic to the few boys able to enroll in the small trial, and yet it is only for 13% of Duchenne’s patients. Depending on what statistics you read, that’s less than 3000 boys in the U.S., and yet there were familes from the U.K. in the room willing to move here if it was approved.

Encouraging innovation and pushing beyond what we think is possible despite the bumpy road ahead … this is why we founded Patients Rising. New treatments are discovered only to realize the journey to access can be equally as long and full of potholes. This is why we should all fight.

Finding cures for rare diseases like Duchenne’s or cystic fibrosis (which I wrote about here) or rare cancers like chordoma or teratoma of the ovary … and even common cancers like lung and breast which are full of rare subsets. Research takes lots of time and even more money. Our government is already finding out from the Moonshot critics that the Moonshot budget is not much given the task they have set forth to “cure cancer” by 2020. Which we all know is many, many cures.

One billion dollars sounds like a lot. It is a lot. But did anyone tell them it takes on average ten years and costs roughly $1.7 billion bring a drug to market?

I made another cup of coffee and I read the Duchenne’s article again.

Intellectually I understand the criteria, but I also reject the premise.

If you go to to the CureDuchenne website and look on the Duchenne Care page you find some symptom management medications, nutrition/supplement information, exercise/activity and physical therapy. Boys with Duchenne typically need wheelchairs by their teens and die by their late 20s. It presently costs on average $35,000 per year to treat the symptoms of Duchenne MD.

The cynical side of me wonders what their QALY number would be? Would value frameworks like ICER find them worth the cost of treatment?  With only 13% of the roughly 20,000 U.S. Duchenne’s patients expected to benefit from the drug, the cost of keeping them walking longer and living better would most certainly rise above the present $35,000 per year. Would they deem their lives worth it?

I can already see the headlines.

I focus in on the quote from Dr. Bruce I. Ovbiagele, chairman of neurology at the Medical University of South Carolina. He voted against approval, but gave this caveat: “Based on all I heard, the drug definitely works, but the question was framed differently.”

What!?! Then let’s start asking different questions and buy some new frames!

It turns out the reason Sarepta Theraputic’s main clinical trial only involved 12 boys was that the company lacked the resources to manufacture more when it started out.  Sarepta is a small biotech company with three compounds in their pipeline and no drugs on the market. Their focus is on RNA-based technologies, which is honestly way above my pay grade.

But what is not above my pay grade is the reality faced by the rare disease community. Sarepta Therapeutics has investors giving them the chance to help boys with Duchenne’s. Not our government. Not “big pharma.” These little biotech companies and the big giant pharmaceutical companies and governments – and yes, payers and providers … and we as advocates  — we all need to work together to bring the best we have available to the patients and their families who are waiting.

I shoot off an email to my friend, Bob Goldberg, and ask him what his take is on the whole thing. Not one for holding back, he replied:

“This was the agency not giving division reviewers adult supervision. The trial was more than adequate in size and adding more to a study would do little and impose an incredible burden on families. The drug is safe. So why not study how it works in the real world with data collected by this incredibly well organized patient community?  Ultimately, the advisory committee and the FDA reviewers wanted more statistical certainty. That has nothing to do with clinical impact.  Clinical trials are outdated. We can learn more in a few months using real world information than we can from years of clinical trial work. I find it incredible that the agency doubled down on randomized controlled trials.”

I have to agree. Especially since there is no parent who is going to want their son to enter a trial knowing they might get the placebo arm. In my opinion, this would be unethical. There are no treatments for Duchenne’s, why deny patients the chance if it is safe?

I am not above acknowledging that maybe the critics are right – maybe comparison to historical data can be misleading. I would hate to see this treatment option fold with so much promise when there is clearly still so much to answer.  Wall Street is already weighing in.

Yesterday was not the final answer, but many believe the tone said a lot. Personally, I hope the F.D.A. decides in favor of patients by May 26th and votes yes on acceleratd approval status. Let’s allow the investigators to find some new frames and begin asking new questions. Let’s not wait a year or years when new questions can begin today with the patients ready to help answer them. Sarepta’s stock tanked on the news so who knows what the future holds. But they have been here before in 2013, so I for one am not counting them out.

This is the reality of studying rare diseases with patients like Billy spread all over the place and caught in the crossfire. On the whole, we have nothing to lose and absolutely everything to gain.

Terry Wilcox is the Co-Founder and Executive Director of Patients Rising and Patients Rising NOW.  She is the former Executive and Creative Director of Vital Options International and the creator of the web series Understanding Cancer. Her passion is challenging the entire health care system to think broadly about the system challenges while always remaining focused on the patient and the sanctity of their relationship with their doctor.