When Cheyanne found out she potentially had a genetic disorder, she was surprised when she was denied access to a local doctor by her student health office. 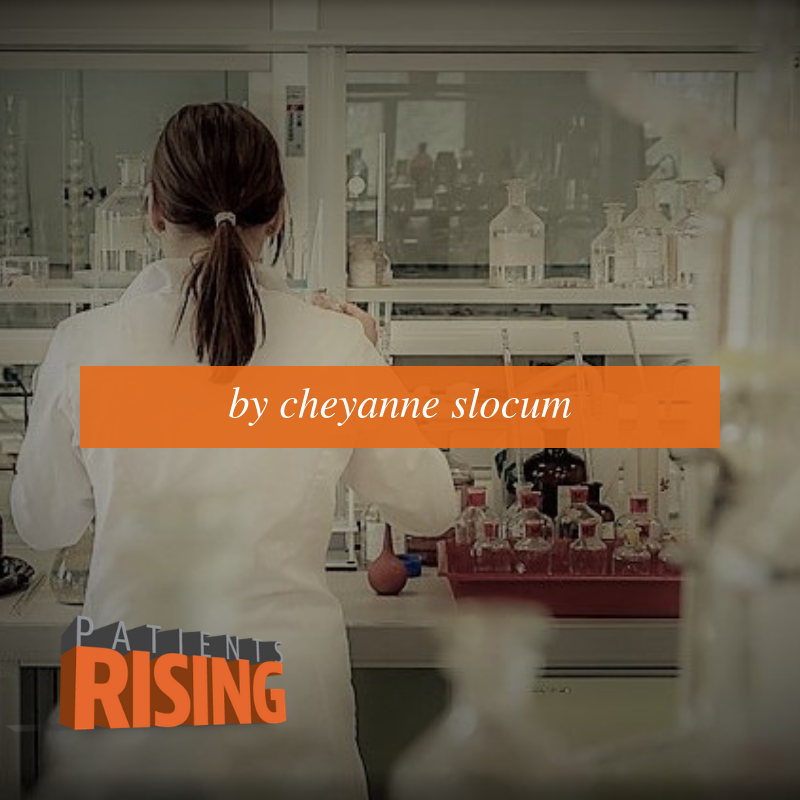 I had checked out of lecture, the mind-numbing drone of the doctor’s voice faded into the background as I clicked open my email account. There were new genetic reports from 23-and-Me waiting for me. I had asked for 23-and-Me for my 21st birthday, mainly because I was curious to get a better understanding of my heritage.

I was bored and curious so I opened the email and signed into my account, the BRCA1 and 2 tests were negative, but something else caught my eye. It was a result I had received a while ago but it only now meant anything to me – “hereditary thrombophilia”. Curiously, this was the topic of the current lecture that I had stopped paying attention to.

The report read, “heterozygous for the Factor 2 G20210A mutation”, which means that I have one mutated copy and one normal copy of the gene for. It means that I have a 3x higher risk than the general population for venous thromboembolism which can lead to pulmonary embolism, myocardial infarction (heart attack), or stroke.

With my attention redirected back to the lecture, I learned that I needed to get off my birth control pill. Birth control pills increases the risk of blood clot formation even in women without hereditary thrombophilia. I had been on progesterone birth control pills since my senior year of college, after my third ovarian cyst rupture. My new challenge was that I needed to lower the amount of progesterone in my bloodstream to decrease the chance of forming a blood clot while keeping the amount near my ovaries high to prevent cyst ruptures – so I choose to get an IUD (Intrauterine Device). 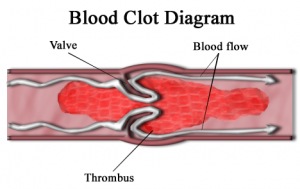 DENIED ACCESS TO A NEARBY DOCTOR BY STUDENT HEALTH

I was told by student health at the medical school I attend that there was only one gynecologist I could see at our main teaching site. After some research I decided I didn’t want to see that particular physician. When I brought that up to student health they said there was no other option at the medical center, stating a conflict of interest in seeing physicians who were also instructors. So a doctor was unable to be impartial? Was unable to treat me as a patient and then teach me as a student? What about making the best, most responsible choice for my health? What about doctor patient confidentiality? I was frustrated but this was a fight I didn’t have the time for. So, instead of seeing a gynecologist across the street from where I lived I ended up having to travel on the subway then walk 15 minutes- about a 30-minute trip each way, and one of those ways would be post-procedural.

THE DAY OF THE PROCEDURE

It was 6:00am the day of my procedure, I woke up and walked into my bathroom to grab the misoprostol I was prescribed to dilate my cervix. I took the two tablets and fumbled them into my vagina, followed by a tampon.

At 11:00am I was in the exam room, I was not given a gown to change into but instead stayed in the comfortable baggy sundress I had chosen to wear that day. There was no door, only a curtain covering the entrance to the exam room. I heard the nurses and medical assistants chattering outside and I watched as the curtain billowed outward every time someone walked by.

The gynecologist explained what was going to happen, then helped me get my feet into the stirrups and slide my bottom down to the edge of the table. The speculum went in first, a normal part of the female pelvic exam. After wiping my vagina and cervix with betadine, the clamp came next.

“This is going to hurt. Take a deep breath in, then cough.”

I did as I was instructed by the gynecologist, but coughing wasn’t going to cover up the sharp pain of the clamp bearing down onto my cervix nor the uterine sound (a metal rod used to measure the uterine cavity) that followed. Despite the pain spreading through my entire reproductive tract, I couldn’t help but be shocked and somewhat horrified to realize that I had three pieces of metal inside of me simultaneously. I whimpered in discomfort and pain.

Finally, the insertion device went in and the IUD was placed. A wave of nausea hit me as I sat upwards. The doctor asked if I needed a cold compress, I said all I needed to do was lay down. I was left alone in the room, curled into fetal position on the table. Could the nurses hear me breathing heavy and grunting as clearly as I could hear them discussing other patients behind the curtain.

I broke out into a cold sweat. A strong heat flushed throughout my body. I ran to the bathroom and got sick. Back at the exam room they had already pushed my belongings aside and reset the room for the next patient. It was my signal to go.

I somehow walked (or rather stumbled) out of the office and out of the building. Everything in front of me was blurry. It was as if I was intoxicated. At nearest corner I groggily waited for 5 taxis to drive by me before one stopped.

I don’t know how I made it back to my apartment. Don’t know how I climbed up the 5 flights of stairs and into my door. To get to my bed, I crawled across the floor. Then I called my boyfriend and told him he needed to leave work. Again, I crawled to the door to let him in. I felt guilty that I had called him and taken him from his work, I felt helpless that I had to call anyone at all. What happened to the woman who was strong enough to do this on her own?

For the next several hours I laid in my bed, groaning from the cramping in my uterus and dragging myself into the bathroom a few more times. Eventually, ibuprofen and a heating pad made me feel functional again. The only thing I could think the entire time I laid down in bed was:

“There has to be a better way to do this.”

My student health department forced me to travel further than I needed to have my procedure. I was not prepared for how painful the implantation or how long the recovery would be, despite the office’s explanations. I had been rushed out and I was too out of it to remember any follow-up instructions. Why was I allowed to travel home on my own like this?

We in the medical field incorrectly tell young women that IUD is an easy form of contraception. Doctors downplay the risks. We neglect to tell them what they will experience. What will they expect after insertion of a device into a very private and sensitive part of the body? IUD is treated as if it is not big deal – something women should just deal with.  As I progress through medical school, I will not forget how undignified, marginalized and ignored I was that day.

There WILL BE a better way to do this. 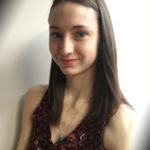