Standing Up for Those In Chronic Pain 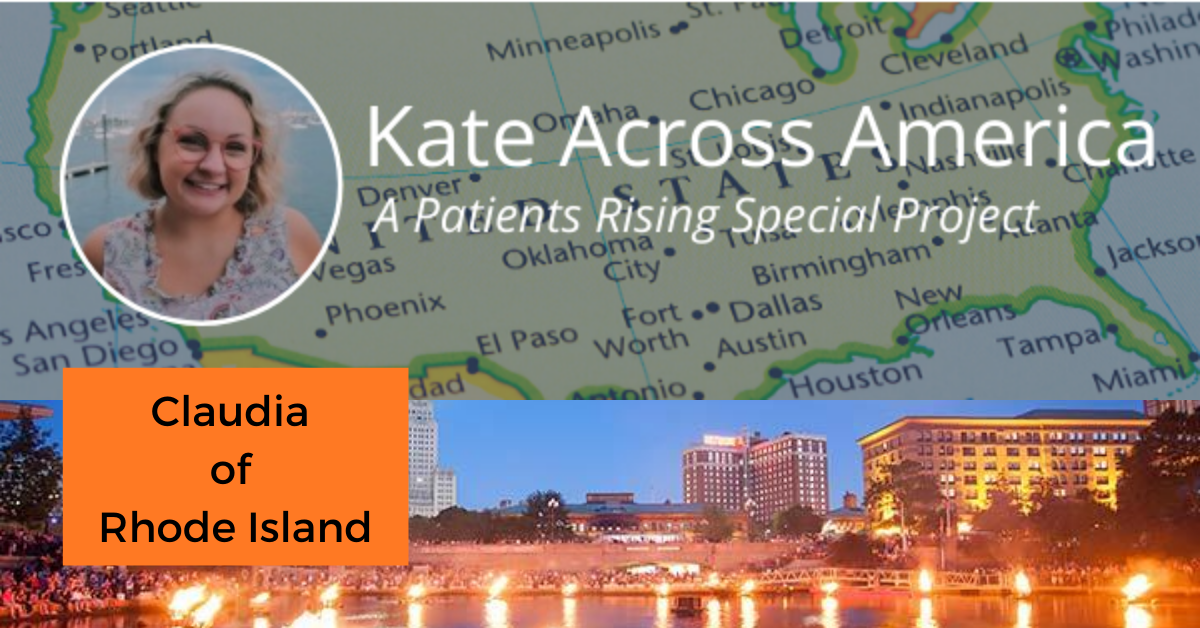 Claudia Merandi of Rhode Island is author of “Crohn’s: The Other C Word” and Founder of “Don’t Punish Pain Rally”. She and Kate Pecora of Kate Across America discuss the vilification of opioid pain treamtnets. Here’s Kate….

It is perhaps the greatest public health crisis of modern times. The opioid epidemic has ripped through families across the United States with unprecedented speed and destruction. Overdoses, primarily caused by heroin and synthetic opioids laced with fentanyl, have led to over 400,000 deaths in the past 20 years.

Nearly everyone has been touched in one way or another by the epidemic; many can recall stories of loved ones losing their battle with substance abuse disorder. But there is another side to this story that has had a profound impact on quality of life for a vulnerable subset of patients. Chronic pain patients across the spectrum have felt the effects of what they call, ‘opioid hysteria,’ which has led to restrictions in prescribing medically necessary opioids to alleviate suffering.

When I met Claudia, I was expecting nothing less than a firecracker advocate for the chronic pain community – these expectations were well matched. Living with her own diagnosis of Crohn’s Disease, Claudia is known for telling those with hesitations that opioids were her godsend.

“’Opioid’ is now a four-letter word. When I testify, I always say opioids changed my life”. 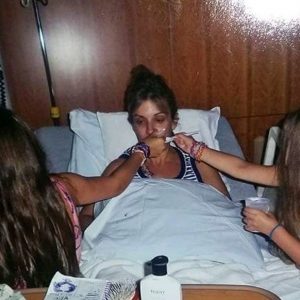 Claudia spent much of her time in the hospital while raising her children.

After the birth of her daughters, Claudia’s Crohn’s became utterly unmanageable. She raised her children bedside, spending years in and out of the hospitals, hopeless from the pain her body endured. She had no quality of life. Not only was Claudia spending the majority of her time in the hospital, but she also lost her court reporting business. She fell out of personal fitness competitions, and struggled through a messy divorce and custody battle.

It wasn’t until she met a specialized pain management doctor that was able to prescribe her a low dose opioid that she began to get her life back together. Soon after publishing her first book, Crohn’s: The Other ‘C’ Word: Crohn’s Disease, Court Reporting, and Custody Battles, Claudia felt an outpour from others experiencing challenges obtaining medications in the pain community. Realizing that she was not alone in this struggle, Claudia became an advocate for patients and doctors around the country neglected as collateral to the opioid epidemic.

“It’s too crowded in the room. You have a doctor and a patient. There shouldn’t be a DEA agent in my doctors’ room”.

New, arbitrary prescribing guidelines by the CDC and the prosecution of doctors and pharmaceutical companies have set a precedent for keeping opioids under lock and key. Because there is no objective way to measure pain, patients are often accused of being fakers or addicts when asking for pain medication.

It is critically important for doctors to take their patient’s pain seriously and work through a treatment plan that is the best fit for the individual. Even Claudia recognizes that pain medication is not the answer for everyone, but rather a multidisciplinary approach that centers around the patient’s unique needs.

Placing restrictions on prescriptions for opioids is an injustice to those who have tried all other avenues to manage their pain. It prohibits shared decision making between the patient and the doctor. Because access to low-dose opioids had changed her life, Claudia knew that there had to be a better way to give this community the care and attention they need.

“After I wrote my first book, I had people all over the country writing in saying that they were suffering and couldn’t get pain medication anymore. So, I made a YouTube video, and the protest took off overnight”. 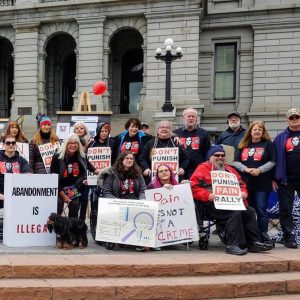 Thus began the Don’t Punish Pain Rally (DPPR). In 2017, Claudia established the DPPR as a grassroots movement in Rhode Island to seek justice for pain patients. The Rally itself is now held throughout the year across the United States. On March 20th, thousands of pain advocates around the country will gather for the 6th Don’t Punish Pain Rally.

DPPR bring awareness to those that are suffering. It also provides an avenue for legislation protecting the chronic pain community in state legislatures. Hesitant to rely solely on government, Claudia is also working with doctors on establishing a better standard of care. Currently, she is building a case to seek legal action against pharmacies that have denied opioids to patients with valid prescriptions.

“Both sides deserve funding, compassion, medication, and empathy. But what they’ve done is they’ve picked on people with pain because they’re the weakest. They couldn’t go after fentanyl, so they went after painkillers”.

Claudia continues to carry the burden of pain patients across the world as she expands the Don’t Punish Pain movement. By working alongside doctors and patients, she seeks common ground between the chronic pain community and those with substance abuse disorder. While she sees an uphill battle, a patient’s quality of life is not a bargaining chip for political points – or at least, not if Claudia has anything to say about it.

You can also go deeper into #chronicpain content by Patients Rising:

“Chronic Pain Patients: What To Do When You Can’t Get Care” by Patients Rising

“An Appeal To Legislators Re: Chronic Pain” by Leah Lonebear

Political Science. She is an advocate for rare diseases, primarily in the neuromuscular space. Kate is diagnosed with Spinal Muscular Atrophy Type III. She is currently traveling across the country (virtually) seeking the most compelling stories of patient access, affordability, and quality. Ultimately this will become a book that will educate students on the importance of patient perspective. Instagram Facebook Twitter