Kelly offers advice for patients that experience difficulties getting the right diagnosis. 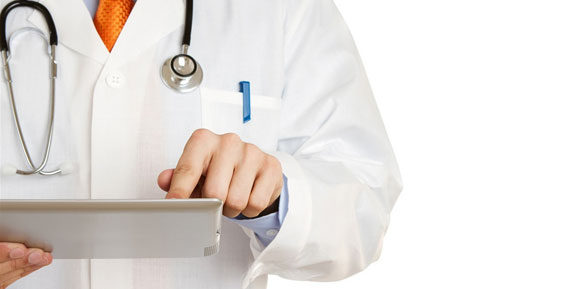 Kelly is a physical therapist who spent seven extremely painful years being misdiagnosed before she was finally diagnosed with Stiff-person syndrome (SPS).

SPS is an autoimmune disease that affects the nervous system, specifically the brain and spinal cord. SPS characterized by progressive muscle stiffness (rigidity) and repeated episodes of painful muscle spasms. Patients Rising spoke to Kelly about her journey from her first symptoms, through her many misdiagnoses and battles with insurance, to her correct diagnosis and current treatment.

Q: When did you first start having symptoms, and what did you do?

A: I started having symptoms 10 years ago when I was 32. I was working as a physical therapist and teaching ballet, and I started feeling numbness in my foot, along with extreme back pain.

I went to the doctor and had an MRI and a battery of other tests. I was told to do physical therapy. But the pain wasn’t going away—it was becoming progressively worse. I made the rounds of the major hospitals in New York. Everyone told me to do physical therapy. I said, “I am, and it isn’t helping.” They told me this would eventually go away. It didn’t. I was misdiagnosed with endometriosis, which I knew I didn’t have.

I had to cut my work down to part-time. At this point, I could barely function. My leg was discolored and mottled, and the veins in my calf were bulging out. I was told I might have all sorts of things, including fibromyalgia. As a physical therapist, I had treated patients with all these diseases, and I knew I didn’t have any of them. I knew something was wrong with my nervous system. The pain was everywhere–my low back, pelvis, legs, hips, ribs, and shoulders.

I was given muscle relaxants. They didn’t work. I have a high pain tolerance—I grew up as a ballet dancer, so if I say something hurts me, then it really hurts. I was dragging my leg. I couldn’t sit in a chair or drive a car. I was having increasing difficulty breathing. I became like a brick wall – my muscles were damaged with clumps and bands of scar tissue and bruising

I would periodically get “stuck.” If I was trying to walk I’d get shooting muscle spasms and I couldn’t move. It was like trying to make myself push against a tidal wave. I couldn’t move through it.

One doctor told me to take a double dose of Aleve. Another told me to wear a heel lift and tape my ribs.

Q: How did you finally get on the path to a correct diagnosis?

A: A former patient of mine referred me to an immunologist named Arthur Lubitz. I went to him with a shopping bag full of scans. He took one look at me –barely able to breathe, crooked shoulders and spine—and said, “I don’t know what you have, but can see that you’re re really sick. I’m going to take blood work and give you an inhaler.” Finally, here was someone who was really listening to me, and understanding the severity and urgency of my situation. After my exam, he called me and told me I had an immune system disorder of some kind, but that he needed help to diagnose it. He referred me to a rheumatologist, Dr. Harry Spiera at Mount Sinai in New York. Dr. Spiera started me on a small dose of prednisone, to see if it would help. It did help me breathe a little easier and move a little better, but it still felt like there were 30 people sitting on my chest.

Then he gave me diazepam (Valium), which helped me breathe and move much better than I had in a long time. But I was still using a cane and having a lot of trouble walking, and I was getting progressively stiffer.

I was then given intravenous immunoglobulin (IVIG), which is used to treat a number of immune system disorders. I had it three times the first week. For the first time in over five years, I could move my head to the right. That’s when Dr. Spiera knew this was the correct path. I could breathe a little better, and I wasn’t getting “stuck” as often. I was on IVIG for nine months, and I was gradually able to dose down on some of my other medicines.

The test that led to my SPS diagnosis involved measuring glutamic acid decarboxylase (GAD), a protein in some nerve cells that are involved in making a substance called GABA, which is responsible for controlling muscle movement. The symptoms of stiff person syndrome may develop when the immune system mistakenly attacks the neurons that produce GAD. When GAD is not working properly, there is not enough GABA to help control muscle movement. My nervous system wasn’t getting enough GABA, so my muscles were always contracting, which caused the stiffness.

Q: What insurance problems did you encounter?

A: At one point I ended up at Johns Hopkins for another opinion, and they didn’t think I had a nervous system disorder and didn’t think I should have IVIG. This ended up causing a lot of problems with insurance. They wanted to cut me down to one IVIG treatment a month, but my doctors in New York wanted me on it twice a week. My immunologist and rheumatologist were adamant. My immunologist wrote regular letters to the insurance company explaining how I was improving on IVIG. When the insurance company denied approval for the treatment, my immunologist demanded a peer-to-peer review with the head medical director of the insurance company to advocate for me to stay on a high dose of IVIG in order to breathe and function. This is something a doctor must do—when I tried calling the medical director of the insurance company, he wouldn’t speak to me because I’m the patient. By fighting for me to get IVIG, they saved my life and made my recovery possible.

Q: What treatment are you receiving now for SPS?

A: I’m not on IVIG anymore. I plateaued on the treatment, and my rheumatologist was able to find an oncologist to prescribe a chemotherapy drug rituximab, which has been helping me. Most oncologists would not prescribe rituximab because it is not FDA-approved for SPS. The oncologist went through four levels of denial and appeal, and finally got the company that makes rituximab, Genentech, to approve the drug for compassionate use. She also got my insurance company to pay some of the infusion costs. I still have to pay quite a bit, but at least some of it is covered.

I’m doing aggressive physical therapy and making progress. I also undergo an advanced acupuncture method that breaks up scar tissue and helps get more circulation so my muscles can heal. Unfortunately, this acupuncture is not covered by insurance. Along with medication and physical therapy, it has helped to reverse some of the damage caused by SPS. I’m currently on four medications—down from a high of 10.

Q: What advice do you have for other patients with rare diseases like SPS?

A: It’s really important to find a doctor who will listen to you and take you seriously.

I also recommend that even though you may be in constant pain, that you not constantly complain about it to your doctors. Many doctors will start shutting you out if they think you are too focused on pain. When you do talk about pain, try to present the information objectively, and show them how bad it is and how it affects your daily life. Tell them what you need help with.

When you go to the doctor, don’t just give them a big stack of your medical records and expect them to go through it. I highlight the most important points and present it in order of what is most important, so they know what to focus on.

Get other people involved when necessary. I had to call my congressmen and senators to help get disability. When you have a rare illness in a broken healthcare system, and insurance wants to deny everything, you need to be ready with the right evidence. When your health and life are on the line, you have to work as hard as they do.

Kelly has a GoFundMe page to help her pay for her medical expenses: https://www.gofundme.com/288kjg.