Marques Jones has been standing up for Multiple Sclerosis patients for a decade. Now he's running for State Senate in Virginia to level up his advocacy. 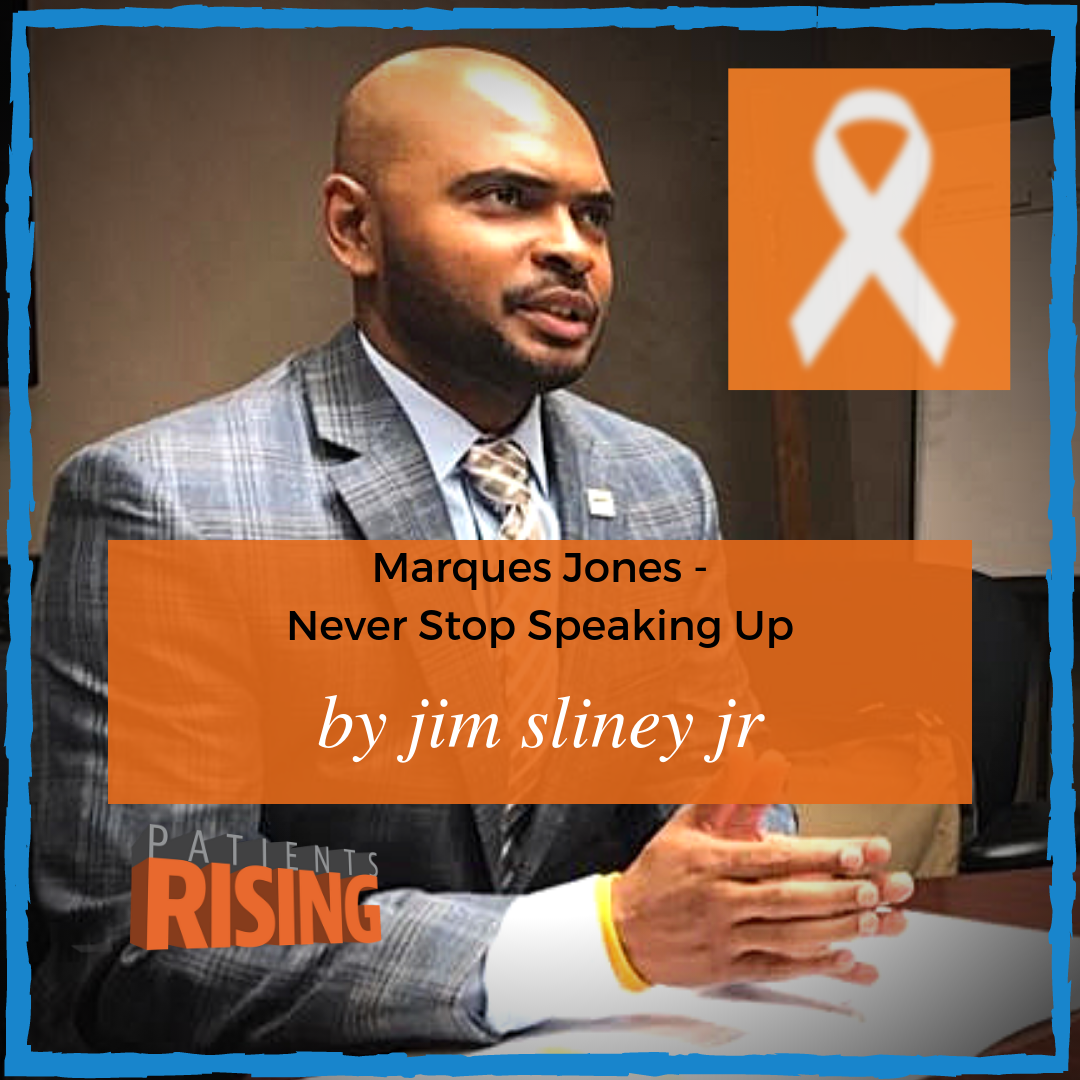 Multiple Sclerosis wears people down. Sheaths around nerves deteriorate. Nerve signals break down and get lost. It causes an array of possible problems.

One great challenge to diagnosing MS is that these symptoms can all be explained by other things. Often people with MS present with certain symptoms, those symptoms are treated but a diagnosis of MS isn’t made because no one thinks to look for it. That can mean long years of not getting access to the right care or to the source of the problem until someone eventually decides to test nerve signals or do an MRI or Spinal tap.

Bottom line – Multiple Sclerosis can be a hard road.

TAKING A STAND FOR THE CHRONICALLY ILL

About ten years ago Marques was formally diagnosed with Multiple Sclerosis. This came after years of fatigue and weakness, headaches, muscles spasms and numbness in his torso all of which took a heavy toll on the young athlete. Since then Marques has been a voice for those with chronic illnesses and disabilities. In fact, he became the Chair of the Government Relations Advisory Committee for the Virginia Chapter of the National Multiple Sclerosis Society. Marques later led the MS Society’s volunteer efforts to champion Medicaid Expansion in Virginia; a program that went into effect January of 2019. 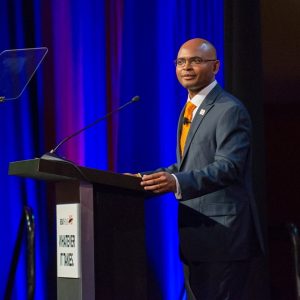 “I’m open about my diagnosis. Multiple Sclerosis has recast how I live my life. Once I came to terms with the disease in myself, I decided to turn my focus outwards. I wanted to make an impact.”

And he has. He has advocated for the chronically ill for so long that he has decided to run for state senate in Virginia.

“I’ve made it my personal mission to make sure policymakers understand what it means to live with MS and why healthcare and research funding are so critical.”

A STRING OF TREATMENTS AND DOCTORS

Part of Marques’s determination comes from what he’s gone through. When Marques was first diagnosed he was put on Avonex. The price of Avonex skyrocketed from $10K is 1996 to $75K in 2016. But what actually made Marques stop were the flu-like symptoms he couldn’t shake (a known side effects of the drug). So, he switched to Tecfidera, a twice-a-day capsule. Then, when Aubagio became available (a once-a-day pill, and because multiple-daily pills are generally harder to comply with) he switched to that. He is still on Aubagio. He experiences almost no side effects and it allows him to live his fullest life like none of the other treatments did.

This is not to say he’s had it easy. It took over two years of treating symptoms before he was even diagnosed with MS. And that was scary. The public image of MS was pretty grim back when he was diagnosed. “There was this episode of Law and Order SVU where the victim on the show had MS and she couldn’t move or even speak! I thought, am I going to end up like that?!”

It was only after being formally diagnosed that he was able to begin treatments designed for his disease rather than just ones that treated symptoms. It took him years and five different doctors to get that diagnosis, and each time he switched he practically started from scratch. But now things are stable. He sees his neurologist and has an MRI every six months and takes the Aubagio regularly.

“We need research to put a stop to this disease once and for all. We need to develop solutions for the daily challenges it presents and we need access to those solutions. All the hard work I’ve done to get control over this disease, to start my own business and keep living my life to the fullest would be at risk if I didn’t have access to healthcare. I had to be persistent.”

And that’s where advocacy comes in. MS patients, like many chronically ill patients, have to make hard choices regularly in order to get the care they need. The cost of healthcare is out of reach for many despite the Affordable Care Act. Drug costs are high and insurers use policies like copy accumulators which drive the out of pocket costs even higher. Premiums and deductibles keep inflating and Americans sometimes find that having a job just isn’t enough to afford both living in America and having healthcare in America.

THE SPECTER OF LIVING WITH MS 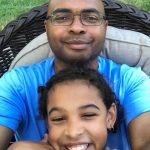 Marques and his daughter

Living with MS is hard. Marques faced the specter than many MS patients face: having no idea what the future would hold. Would his disease relapse and remit, or would it be progressive? Could he walk his daughter down the aisle at her wedding someday? What about his wife? Chronic illness takes the expectations of a life lived one-way and replaces it with a life no one could have ever expected. That’s jarring. Fortunately for Marques, his family life is healthy and, all things considered, so is he.

But we can never forget those who are unable to afford good healthcare, or who won’t be able to pay the out of pocket costs for their medications. Those whose lives were turned upside down by MS and who still suffer without a diagnosis or a plan for wellness. Advocates like Marques and other passionate advocates like the people at the National MS Society, Cando-MS, Lyfebulb, Patients Rising and so many more, will never stop speak up for those people.

Note from the Editor: Though Marques Jones is running for office in the state of Virginia, we interviewed Marques because of his tireless work as a patient advocate for Multiple Sclerosis not as a political candidate.

education and advocacy materials for patient support groups. Jim has worked closely with several rare disease communities. He also coordinates the patient content for Patients Rising and collaborates with other writers to hone their craft and advocacy. Jim is a native of New York City where he lives with his wife and all their cats.