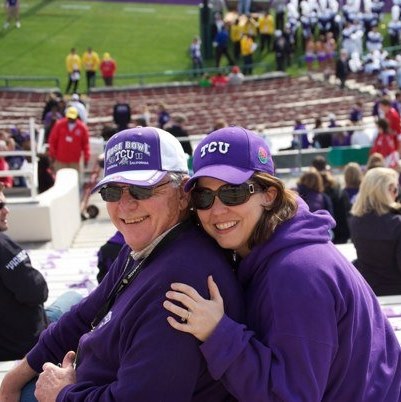 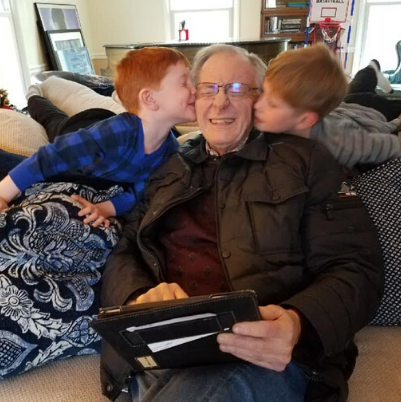 This fund gives individual patients access to vital resources in their time of need, addressing such issues as access to healthcare, combating food and housing insecurity, and providing much needed care to the disabled and the many seniors living with comorbidity issues. 100% of every contribution is dedicated to the live, one-on-one assistance patients and their families need to thrive.
Donate in Memory of Roy

As the father of our executive director, and co-founder, Terry Wilcox, Roy served as a board member here at Patients Rising and was instrumental in our development. As he lived 50 years with Type 1 diabetes, he was no stranger to the numerous challenges patients face every day. In his memory, Patients Rising has established this fund to provide healthcare navigation support for seniors living with multiple chronic and life-threatening illnesses. It will be a part of our Patients Rising Concierge program.

Roy was born and raised in Texas and lived and worked in the Denver area for more than 42 years. He considered both his homeland.

Despite his many years living in the Rockies – and his Texas accent varied from subtle to noticeable – chicken fried steak with cream gravy was his favorite meal, and Red Headed Stranger by Willie Nelson his favorite album.

He and his wife of almost 38 years, Sandy, moved to Virginia last month to be closer to his daughter and son-in-law, Terry and Jonathan Wilcox and his six-year old grandsons, Jackson Roy and James Philip. They resided at Hunters Woods at Trails Edge in Reston, Virginia.

He was the oldest son of David and Terry Merrill, with one sister, Paula Goodwin of Danbury, Connecticut and one brother, David Merrill of McKinney, Texas. He became an Eagle Scout in 1960, and he took seriously the motto “Be Prepared” – his medal was pinned to the top of his lampshade when he passed.

He attended Eastern Hills High School of Fort Worth, Texas. In 1964, he won the Big “E” Talent contest with “his trumpet, his contagious smile, and his heart and soul performance” — as told by his friend Lanelle Cheslock, who had planned on winning with her dance moves that night.

After his sophomore year at Texas Christian University and as a member of the school band, he met his first wife, Kay Slaughter Frazer. They later married and he joined the Navy. He was stationed in Hawaii from 1967-70.

They returned to Texas in 1970 with a baby daughter, Teressa Louise. He taught her to dance the two-step, sing harmonies, bake chocolate chip cookies, cook chili, and laugh loudly.

Despite his love of the Horned Frogs, he graduated from the University of Texas at Arlington with a Business Administration degree. He spent decades as a self-described “closet frog”, but once TCU started winning at football, celebrated all the way to the victorious Rose Bowl in 2011. Naturally, he was in the stands at Pasadena on that New Year’s Day.

He met the love of his life, Sandra Claire, in 1978. When she asked him what he missed most about Texas, he said his daughter and cat. So, she bought him her first Himalayan cat and named her Princess Leah. Soon came Luke, Yoda, Grizabella, the entire cast from “Cats” and many others. Sandy’s successful breeding business and competition cattery occupied the basement for good. He often said that he should have told her he missed his goldfish.

His favorite time of year was the middle of the Denver springtime, when he could begin filling his garden with the most vivid flowers and colors imaginable. His favorite was the Trumpet Creeper vines nestled above his Koi Pond. He claimed to be not really a gardener, but rather a landscaper attempting to automate and not have to repeat the process annually. But he landscaped every season faithfully for more than 35 years. When Denver experienced a May snowstorm, he did it twice.

He and Sandy loved to throw a party. Their neighborhood Christmas Eve parties were the talk of the cul-de-sac. He treasured decorating for Christmas – including two trees, where he carefully worked to hang every ornament that his daughter had ever made, anyone had ever given him, or he bought from a roadside gift shop on one of his many travels.

As the oldest sibling, he took it upon himself to keep family traditions and connections alive. His father was an only child, but his mother came from a small coal town in Kulpmont, Pennsylvania. It was here he was able to connect with aunts, uncles and cousins and attend weddings, anniversaries, or simply crash for the weekend and sign the pools at American Legion Post 231, where he faithfully paid his annual dues and was a card-carrying member.

He spent his entire career in healthcare administration and traveled to all 50 states doing it. In his early career he was CFO of St. Anthony Hospital in Denver. In 1990 he opened Colorado’s first diagnostic imaging center. In the mid-1990s he joined another colleague at the largest practice management company in the country as Senior Vice President, which ultimately merged to become US Oncology. He helped to open the Anschutz Cancer Center and ended his career as an administrator at the Rocky Vista University College of Osteopathic Medicine. He even had business cards printed to begin consulting from his new digs in Virginia. Retirement was not a word in his vocabulary.

He will be missed by many across from Texas to Colorado to Virginia — and of course, the Patients Rising family.

This fund gives individual patients access to vital resources in their time of need, addressing such issues as access to healthcare, combating food and housing insecurity, and providing much needed care to the disabled and the many seniors living with comorbidity issues. 100% of every contribution is dedicated to the live, one-on-one assistance patients and their families need to thrive.
Donate in Memory of Roy
Subscribe Now
You'll receive updates about new resources, patient stories and insights, advocacy work, and alerts about patient-support events.
The latest about patient advocacy