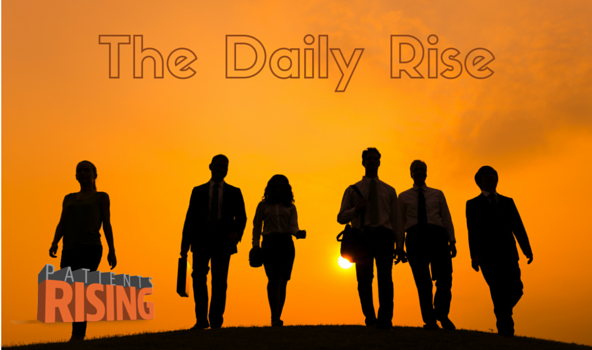 A presidential taskforce is working to end discrimination in mental health services. Kaiser Health News’ Jenny Gold writes that the president announced the new taskforce on “mental health parity” as part of the administration’s response to opioid abuse.

“The goal of the task force is to essentially develop a set of tools, guidelines, mechanisms so that it’s actually enforced, that the concept is not just a phrase — an empty phrase,” President Obama said during a panel discussion at the National Prescription Drug Abuse and Heroin Summit. “We’ve got to let the insurance carriers know that we’re serious about this.”

Insurance companies have been thwarting an existing law passed in 2008 that was supposed to protect patients with mental illnesses and substance abuse problems. According to a 2015 survey by the National Alliance on Mental Illness, insurers refused treatments because they were deemed “not medically necessary.”

“It’s better late than never, and you can’t not be grateful for the fact that we’re finally implementing a law that was passed nearly a decade ago,” said former congressman Patrick Kennedy, who authored the 2008 parity law. “But it’s troubling that it’s occurring in the last year of the presidency, and that it took the administration this long to address a problem that’s been with us for many years. Even this administration, which is pro-consumer and liberal, has a tough time doing anything but dancing around issues of enforcing the law because they’re afraid to step on the insurers’ toes.”

Join Patients Rising tomorrow in Sacramento as our Policy Director Jonathan Wilcox brings together patients, patient advocates, as well as policy and medical professionals to reveal the real barriers standing between patients and the effective treatments they need, when they need them.

Come join us for lunch and chime in — we need all voices at the table. Together, we can get the Right Treatment to the Right Patient Right Now!

“There’s no arguing that Greg Simon’s resume is impressive: Influential staff positions in both chambers of Congress and the White House, strategy consultant for technology CEOs, co-founder of a patient advocacy non-profit, senior executive for a big pharmaceutical company,” Addario writes at the Huffington Post. “But the achievement that arguably makes Simon most qualified for the task happens to be the one that makes him least unique: Like nearly 20 million other Americans today, he is living with cancer.”

Twenty-two months ago, Simon was diagnosed with chronic lymphocytic leukemia and has since undergone chemotherapy. We completely agree with Addario’s assessment. Patients are the best advocates, who can put in personal terms the impact of laws and policies.

“Understanding cancer begins with those who have it,” Addario says. “Patients are the ones who drive funding, inform and inspire research, and lend themselves to clinical trials. Whether they are testifying before legislators, lighting thousands of luminarias to raise awareness on the Capitol steps, or networking with each other to share the latest data, patients and their loved ones bring more than just a collective heart and voice of hope to this initiative.”

“A box pops up that gives you an ultimatum: Want the file? You’ll have to pay up, and probably in bitcoin,” Lachance describes of 14 incidents in three states and the District of Columbia.

The majority of the attacks have targeted members of the MedStar hospital group, leaving those patients unable to access their data. According to the FBI, $24 million was paid last year to hackers deploying ransomware across all industries. However, security experts agree that patients face the most devastating effects of the ransomware attacks.

“The big difference with health care is that the consequences are greater,” University of Michigan professor Kevin Fu told MIT Technology Review. “You can lose your email and that’s annoying, but patient records are needed in order to treat patients.”

Hospitals have an obligation to invest in proper security to protect patients’ files and medical records.