Massachusetts: Patients can keep their doctor — for a price 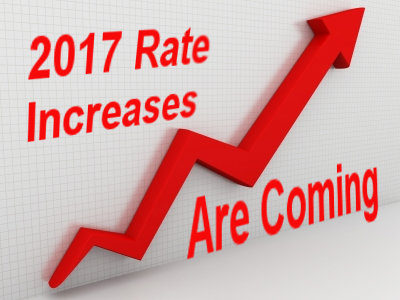 Patients in Massachusetts are discovering that keeping their doctor comes at a price.

Back in September, the Boston Globe first reported that insurer Neighborhood Health Plan was hiking rates for patients enrolled through Massachusetts Health Connector, the state agency that serves people who don’t get insurance from an employer.

Nearly a quarter of a million Massachusetts residents obtain health insurance through the Connector program. For those patients, Neighborhood Health is the only insurance company that provides network coverage at Massachusetts General Hospital and Brigham and Women’s Hospital.

“This proposal is going to be massively disruptive for members, for the Connector, and for health plans,” Connector board member Nancy Turnbull told the Globe.

What’s driving the increases in Massachusetts health insurance rates? It depends whom you ask.

“With regard to the merged market overall, including products offered through the Connector, rates are being driven up industry-wide by increased medical costs and utilization as well as structural changes in the Affordable Care Act,” Neighborhood Health said in a statement, according to WWLP News.

That excuse is hard to verify, given the lack of transparency in health insurance. Other health insurance plans, which would be affected by the same “industrywide” pressures, posted minimal increases or even LOWERED their premiums. One plan, offered by BMC Healthnet, is lowering its premiums by 8 percent, according to the Boston Globe.

“Insurers should be held accountable for these decisions and they must act with transparency,” explains Jonathan Wilcox, co-founder and policy director at Patients Rising. “Advocates and patients must stand up for their rights and lawmakers and regulators must listen and develop realistic solutions.”

He adds, “The real tragedy here is that this twisted system has effectively turned patients into expenditures on a spreadsheet and shrouded by the fact that many patients forgo the fight for the medications prescribed by their doctor and submit to insurer decision in favor of a less-expensive, often less-effective medication.”

A recent nationwide study by the Partnership to Fight Chronic Disease found that:

To their credit, state lawmakers are actively searching for ways to address patients’ concerns.

The Boston Globe reports that a group of state lawmakers recently completed a fact-finding trip to Minnesota to research new ideas for Massachusetts.

“The two states share some common values on prioritizing health and well-being and access to excellent health care,” Seltz said. “They have, from a policy perspective, a willingness to experiment with new ideas.”