Life with a Rare Disease: No one knew what was wrong with me

No one knew what was wrong with Angie Thayer -- a former competitive athlete who now struggles to brush her own hair. 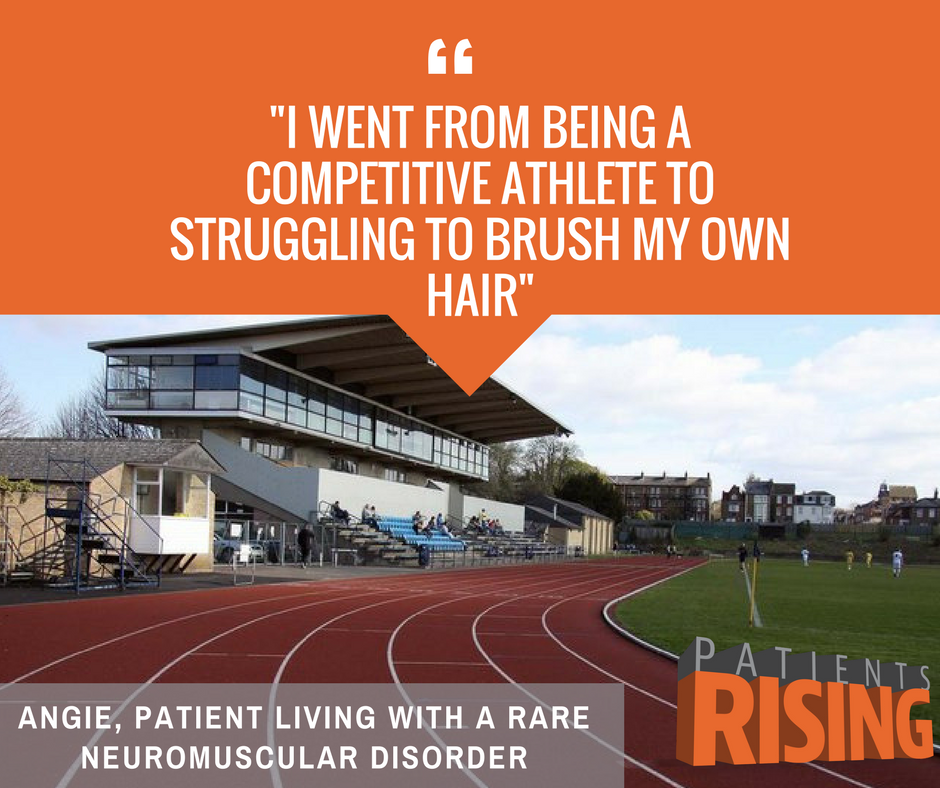 When the neuromuscular specialist at Rush University gave me the news, I wanted to celebrate.

I was briefly overwhelmed with a sense of relief. After years of living with progressing symptoms, I had long feared that I was living with ALS. I was so afraid of getting that diagnosis that I delayed going to my doctor, even as my symptoms were getting worse. I didn’t want to know the truth.

Over the years prior, I had already seen several doctors leading up to that visit. After four different doctors and two different diagnoses, I had no confidence that anyone really knew what was wrong with me. But I was sick, and it was progressing.

I now know I have a very, very rare neuromuscular disease called Neuromyotonia, also known as Isaacs’ Syndrome. It mimics the early stages of ALS. I suffer from severe muscle cramping, twitching and weakness.

My hands and arms don’t work properly. Sometimes, I can barely move them. What started as periodic hand cramps, turned into daily ones, which progressed to include twitching and eventually spread to my legs, trunk and face. Now, my symptoms are constant and widespread. I went from being a competitive athlete to struggling to brush my own hair. And my symptoms only continue to progress.

It’s a battle. It’s a battle for treatment and a fight to educate people. And that battle has only compounded the effects of living with a progressive, rare disease.

Rare diseases, like this one, generally don’t have any clinically proven treatments and they probably never will in the sufferers’ lifetime. In my case, experts believe IVIG treatment would help slow the progression. Case studies show that it is effective for people with autoimmune-induced Neuromyotonia, like I have.

However, Aetna refuses to cover it because they claim it is experimental. For months, I have been repeatedly denied IVIG treatment. I’m currently on my 2nd level appeal. If I lose this round, I have to go before an independent review board. If I lose there, my only option it to sue Aetna for bad faith, which I am prepared to do.

There’s something very wrong with this situation.

There’s no protection for people living with rare conditions to be afforded insurance coverage for off-label use of approved treatments. Aetna is not protecting my health; they are protecting their profits because IVIG is expensive.

This isn’t about doing what’s right or thinking about the patient’s best interests, it’s about bottom lines. It’s about wearing sick people down through appeal processes until they finally give up and succumb to the insurance company and their disease.

I deserve the treatment my doctor prescribed.