Lack of Insurance Could Have Killed Him

Kate Across America talks with Darnell of PA - a man who survived medical discrimination but with permanent disabilities as a result of it. 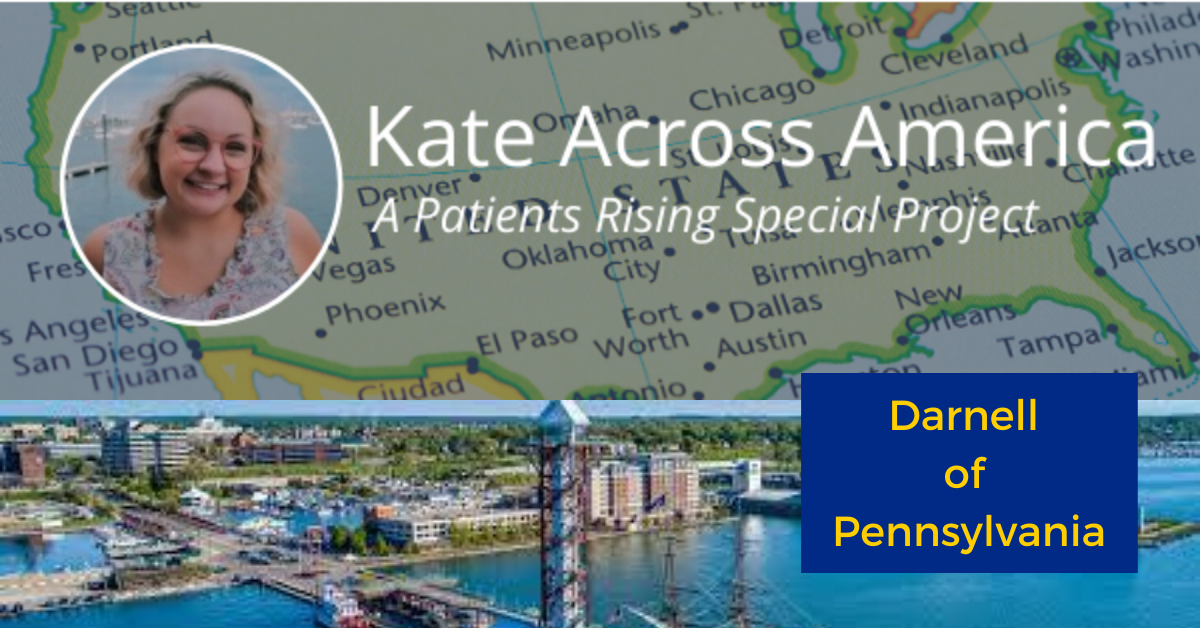 We experience medical discrimination all the time. Maybe its because of your age, gender, race, education level – there’s so many ways. For Darnell, he experienced medical discrimination based on his lack of health insurance. He had a job, he had insurance, but like many, he lost both during the Great Recession. He survived his experiences but not without permanent disability. Let’s learn more about this with Kate…

The number one rule of practicing medicine is to do no harm. In a system that gives authority to medical professionals at patients’ most vulnerable moments, we trust that they are acting in our best interests to keep us healthy. Yet, it’s an illusion to believe that providers aren’t biased to patients that are unable to pay. We have begun to fanaticize the notion that all patients receive the same quality of care despite the insurance card they carry – or in this case, don’t carry.

Darnell witnessed medical discrimination first-hand when he was unable to receiving high-quality care when uninsured. After losing his job in Tucson, Arizona during the great recession, Darnell returned home to Pennsylvania to stay with friends and family while job searching. Within this period of unemployment, Darnell also became uninsured. It was one of the most stressful times in his life, and it triggering severe health consequences.

He was having constant migraines. Knowing something was wrong, he went to the hospital and was admitted. After a series of tests, doctors found a bleed in his brain. But because Darnell was unable to pay for any procedures to stop the bleed, he was told there was nothing more doctors could do.

“They sent me home the next day. And I said, ‘Why are you sending me home? My brain is still bleeding.’ Because I didn’t have medical coverage, they essentially said, ‘here’s a prescription, good luck.’ By the time I would be able to use that prescription, it would already be too late.”

Less than a week later, Darnell found himself in the emergency room after suffering his first stroke. Doctors confirmed what he already knew: his brain was still bleeding. He had experienced a series of mini-strokes.

The diagnosis was traced back to Darnell having high blood pressure, likely caused by a combination of genetics and environmental factors. They prescribed him an affordable blood pressure medication, but again, when they learned he was uninsured they sent him home without treatment or follow-up plan.

“ I come to find out that all of this happened because I have high blood pressure. And it could have been avoided with a cheap bottle of pills.”

Lack of proper medical services resulted in Darnell’s third admittance into the hospital, this time even more serious. After suffering a second and ultimately paralyzing-stroke, Darnell was rushed to the emergency room for immediate brain surgery. Doctors inserted a shunt to regulate the buildup of spinal fluid, caused by the bleeding in his brain. Darnell would wake up paralyzed, unable to use the left side of his body.

NINE SURGERIES AND THERAPY IN A NURSING HOME

If only this were the end of Darnell’s misery, but alas, the stent soon became infected, leading to a total of nine brain surgeries. Doctors said that he would never walk again, that he was functionally braindead on the right side. This would be the end of life as he knew it. To help him recover, he was admitted into a nursing home for daily physical and occupational therapy.

“I left that nursing home with the attitude that I had to push forward.”

THE STRENGTH FOR A LONG ROAD TO RECOVERY

With the right attitude, Darnell focused on what he could do, because in his words, “if you focus on what you can do, then there’s nothing you can’t do.” Slowly, he regained partial ability to use his arm and leg.

Though he still has spasticity within his arm, he is now able to walk unassisted. Coming through the other side of this experience has changed his life completely. He has joined political action committees to represent the diverse needs of his neighbors in Erie, PA.

“The decisions we make today drive the future. I have 14 grandkids, and I want to look out for them.” Because of a medical decision from twenty years ago, “I’ll never be able to use my arm and leg the same way again.’ 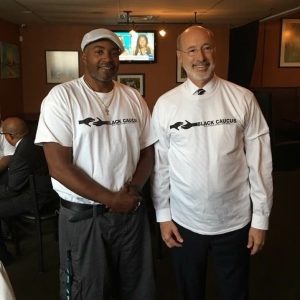 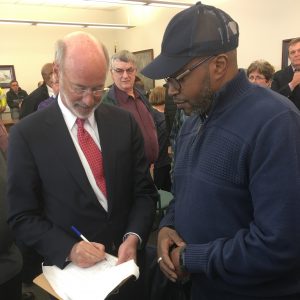 For Darnell, it didn’t have to be this way. Lack of access to care in that emergency room cost him more than money  could buy – it literally cost him an arm and a leg. Had he been able to access preventative healthcare while he was uninsured, he might have been diagnosed with high blood pressure earlier, and he would have been able to mitigate his risk factors. Was the hospital to blame? The doctors? More likely it was (and still is) the profit driven system that makes inequity and medical discrimination based on ability to pay unavoidable.

Was the hospital to blame? The doctors? More likely it was (and still is) the profit driven system that makes inequity and medical discrimination based on ability to pay unavoidable. Click To Tweet

With a positive outlook, Darnell worked with an aide and caseworker to qualify for a cost-effective health plan under the Affordable Care Act. He is back on his feet (literally) and has become a community leader for Keystone Progress in Erie, PA. Though he works on several social justice campaigns, universal healthcare has become a vital issue for him, telling me, “Medicaid saved my life, so I’m for Medicare for All.”

Political Science. She is an advocate for rare diseases, primarily in the neuromuscular space. Kate is diagnosed with Spinal Muscular Atrophy Type III. She is currently (e)traveling across the country in search of the most compelling stories of patient access, affordability, and quality. Ultimately this will become a book that will educate students on the importance of patient perspective. Instagram Facebook Twitter

Medical Discrimination is not a new topic to us here at Patients Rising. If you want to dig deeper, here are a few articles tht can help you do that.

Finding New Health Insurance After You’ve Been Laid Off – by Jim Sliney Jr.