Bari talks about the symptoms of her rare disease, hypoparathyroidism – how it flares and what it was like to come so close to death. 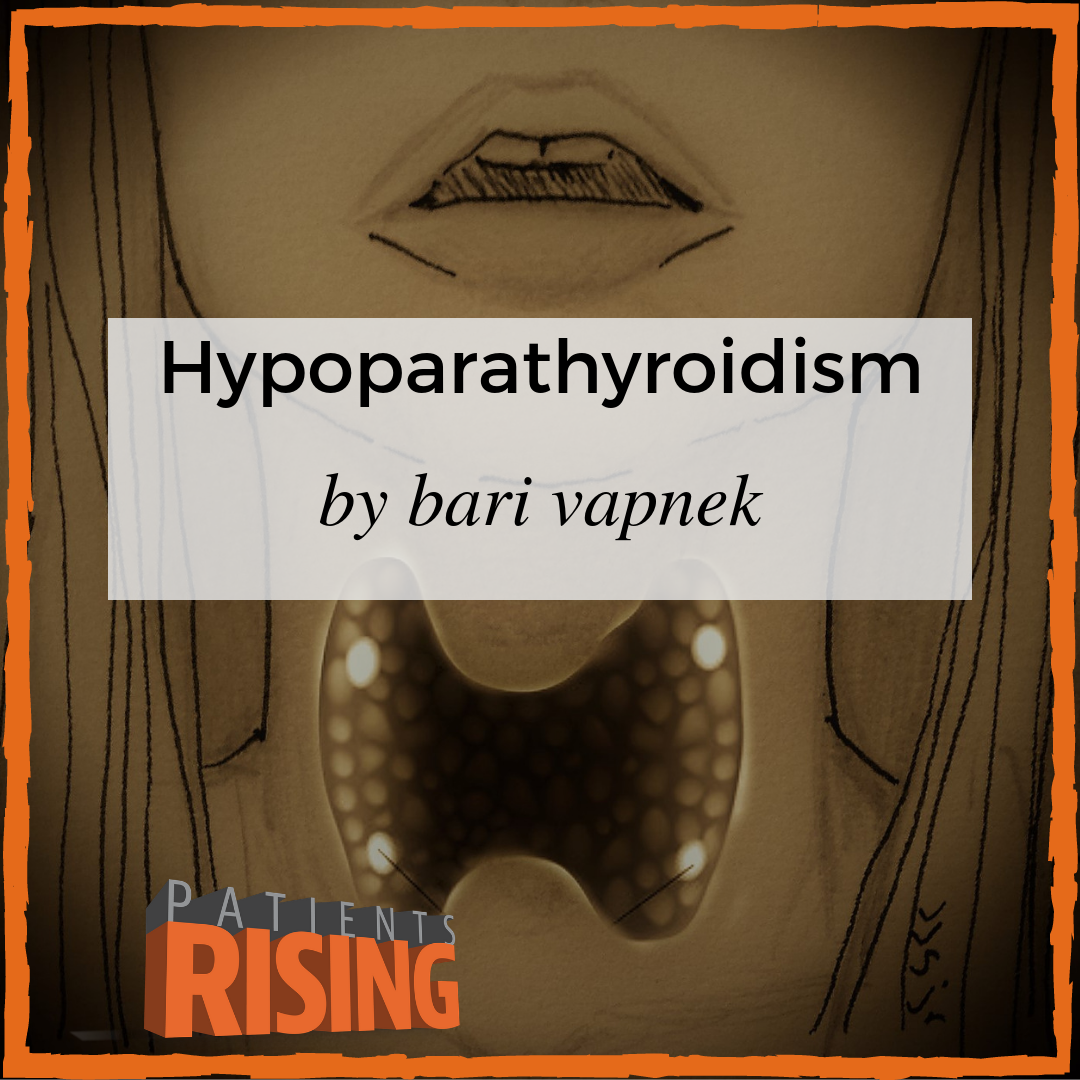 This is a story about my rare disease and how it almost killed me.

August, 2016: I was at the funeral of a very special man, the father of one of my closest friends. I was there with my friend Mindy, and the whole time we were sitting there, I kept opening and closing my hand. My fingers were tingling and it felt so weird.

When the funeral was over, I explained I could not go to the cemetery because I was just feeling so… “off”. I was dropping Mindy at home when she suggested taking me to the ER. The constant opening and closing of my hands was alarming to her. I told her I was going to be fine. I just needed some calcium. I dropped her off and went home.

COWS DON’T KNOW WHAT CALCIUM IS

Calcium. It’s an element most people equate with milk and strong bones. For me, calcium is so much more. When I don’t have enough of it my body starts acting up. By acting up, I mean it starts tingling, cramping, twitching, seizing. If that seems crazy to you, well, it seems crazy to me too.

I remember I got home and quickly changed out of my funeral clothes into comfy clothes. I walked my dog, Leia. I remember texting with my daughter Drew and sending her some pictures I found online. She was at summer camp as a junior counselor and I was so happy she had a phone so we could communicate almost daily. As I was texting her, my fingers started to go numb and I couldn’t type. I speed dialed my doctor who told me to call 911 and get to the hospital. I said OK.

But I procrastinated (it’s a “Bari thing”) before driving myself to the hospital. When I finally got there my whole arm was numb. Valet wasn’t available, so I made my own spot and walked into the ER. When I tried to talk my words slurred. I fell. A crash team gathered but didn’t know what to do. By this point, I couldn’t use my arms or fingers but somehow mumbled clearly enough to get Siri to call my doctor. The ER Nurse took the phone from me and spoke to my doctor. There were so many people around me, medical professionals all gawking and curious, because they never saw anything like this before.

HYPOPARATHYROIDISM – IT’S NOT EASY BEING RARE 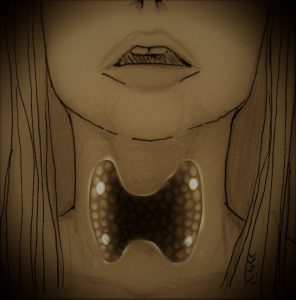 The ER doctor came in and said she would be with me soon. Then everything went black. I couldn’t move or speak. In my head I was saying I don’t want to die. I was thinking, I need to text Drew because I didn’t tell her I loved her after my last text. And I did not want to die. I wanted to hold my kids and make this nightmare end.

The doctors determined that based on how low my numbers were and how much IV calcium I needed to get the levels in my blood back within the normal range, that if I walked in to the ER “4 minutes later”, I would have died.

A NEW LEASE ON LIFE

Since then, I have been to dozens of doctors in 3 different states because finding someone who knows how to manage this rare disease is also rare. I have had my blood drawn on average twice a week. I have taken more medicines than I can count. I never know if any given day is going to be good or bad. So, I live my life to its fullest and take nothing for granted.

I have accomplished things these past 2 years I never thought I would. Biked across the Golden Gate Bridge. Zip-lined mountains in Colorado. Soared in a hot air balloon. Hiked across a mountain. Traveled to the most amazing places. I celebrated! I’ve made meaningful memories. Even now, I make sure to plan something every few months so I have something to look forward to and feel good about.

MILES TO GO UNTIL I’M STABLE 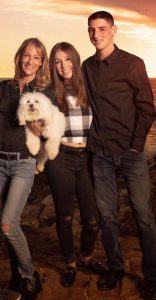 Bari, her kids and her dog – in a way, they all live with hypoparathyroidism

I couldn’t survive this journey without the love of my family. But I feel for them. They have to put up with me not feeling well half the time – going to bed at 8pm. And my friends – the real ones – they understand that me not feeling well isn’t some excuse for not going out, it’s my reality. My disease doesn’t respect plans. It just acts up whenever it feels like. So, I’ve gotten to know my body and my limits. I feel grateful that I am alive. I will fight this battle with hypoparathyroidism for the rest of my life along with my loved ones, and I’m okay with that.

It’s been two and half years since that funeral and my subsequent trip to the hospital, and I am still not regulated. I can’t get better. Sometimes it’s awful. I had my brush with death. “4 minutes”, my doctor said. Four minutes more and I would have died. Now, every time I see a doctor, they remind me how close to death I was.

You never know how much time you have. Don’t waste your 4 minutes.

Bari Vapnek is a mother of two children, ages 17 and 19. Born on Long Island, she relocated to Flo 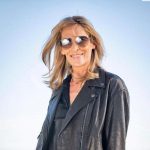 rida after receiving a BS in business administration from the University of Delaware. She served as Director of New Business Development until she was diagnosed with Graves Disease. After a total thyroidectomy and parathyroid removal, she instantly became pregnant with her daughter and has since dedicated her life to raising her 2 children and fighting her rare disease, hypoparathyroidism. She enjoys reading, the beach, travel and sunset walks.

This is a story about my rare disease and how it almost...