Laura’s hypoparathyroidism left her with few resources and a grim outlook, that is, until she joined a clinical trial and became empowered. 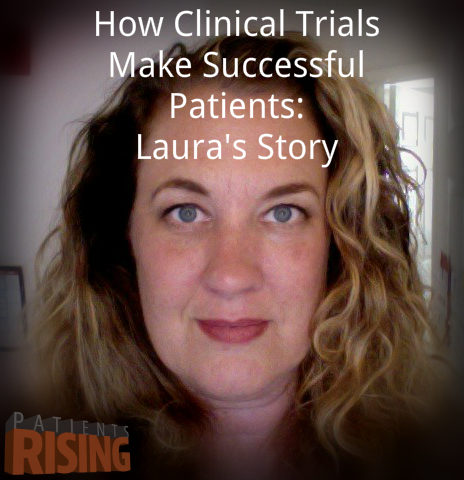 .In 1999, Laura S. of Sacramento, California had her thyroid removed. That surgery led to damage to her parathyroid glands, leaving her with hypoparathyroidism (“hypopara”), a complex disease that centers around insufficient calcium in the blood. So her thyroid cancer was solved but the solution left her with a new, rare problem. She had no idea it would be a hypopara clinical trial that would help her the most.

Laura was not among the approximately 25% of patients who, upon having their thyroid removed, will develop temporary hypoparathyroidism (lasting up to six months). Laura was unfortunately among the approximately 3.5% who develop permanent hypoparathyroidism, where the parathyroid glands are removed or damaged beyond function. Being rare in the medical community isn’t a good thing. It usually means limited resources, few knowledgeable doctors, and making due with sub-par care. In practical terms, this meant Laura had to see doctors that had no experience with hypopara, who either didn’t run the right tests or ran ones she didn’t need. This kept her from getting access to the most effective of the limited treatments that were available.

The Consequences of Being Both Chronic and Rare

“I could not participate in life with everyone around me. I was riddled with anxiety and I needed to take breaks a lot. That made me feel like a burden to my family and it put a lot of our plans on hold.

“Plus, I knew my body was not doing well because though I was in my early 30’s I was living like someone much older. I would be wiped out after 20 minutes of easy exercise. Was I “just not trying hard enough”? Was I lazy? I didn’t know what was wrong with me and even believed I would die young because my health kept getting worse and there was no real plan on how to make it any better.

“I was an avid skier when I was younger, but after my surgery, I’d try to ski with my husband and son but my muscles would burn and scream after only a few minutes. I’d make it down one, maybe two small runs before I  had to quit. It was the same with bike riding with friends, going to amusement parks, hiking, camping, and sometimes just trying to get out of bed for the day. I felt a lot of shame and was very sad, even depressed at times. I always believed people were judging me, which led me to hide how I was feeling and made me push myself to do things that I shouldn’t have.”

Those are the kinds of issues that haunt people with chronic illness. They are regularly confronted with their own limitations, and how their behavior impacts the expectations of those around them. Chronic illness comes with a lot of guilt, anxiety, shame and often leads to depression. This can push patients to perform beyond their limitations and can worsen their health. When a chronic disease is also rare, hope is hard to come by because there is little understanding.

In 2011 things changed for the better. Laura attended the THYCA conference for thyroid cancer survivors, where she met a woman who, like her, had post-thyroidectomy hypopara and who told her about a hypopara clinical trial. The study was on the other side of the country, at Columbia University in New York City, and involved taking an experimental drug. Laura, hopeful and motivated, acted quickly and soon she was flying to New York to screen into the study. There she met the team of investigators and immediately felt like part of a community. They not only explained the complexities of her disease but believed her when she talked about the invisible symptoms that others just didn’t understand, like the waves of anxiety for instance. 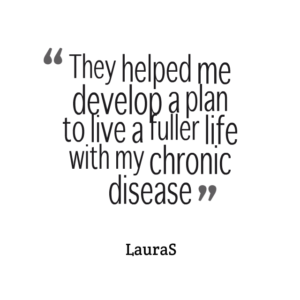 “I had been previously diagnosed with Panic Disorder. It was affecting my marriage and all my relationships. I withdrew a lot and got hooked on Xanax. By joining the study, I learned, for instance, that my anxiety and panic attacks weren’t just in my head, they were a chemical response to my calcium dropping. It was a validation of my experiences.

“Finding a support system with the researchers was a huge benefit in my life. I now had influential doctors that believed me when I talked about the symptoms I experienced. They also helped me develop a plan to live a fuller life with my chronic disease. They introduced me to the international support group for hypopara patients and I began meeting others with it. With a compassionate research team, an engaged community and an experimental treatment that really worked for me, I was able to act my age again and keep up with my family. I laughed, played more and felt hope for improved health again.”

In fact, the study Laura participated in was key to the approval of the experimental drug by the FDA. That drug, now called Natpara, is the only drug that treats the rare disease of hypoparathyroidism. What’s more, Laura learned the hows and whys of her disease, which gave her the knowledge and confidence. She could advocate for better care from her regular doctors.

“I’m no longer part of that study, but I have taken part in another that helped me in similar ways. It is important to completely understand what you are signing up for; what the expectations on you and on the researchers are and what happens after it ends. If it works for you then do it. If nothing else, it’s empowering! I would do it again in a heartbeat.”