Why is health care so expensive? Hospital markups 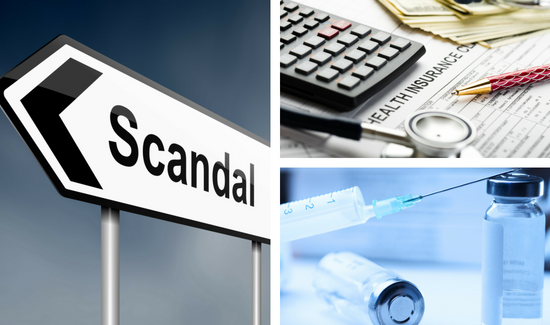 The worst hospitals in America are back at it again. Raising rates, charging astronomical hospital markups, and making health care more expensive for all patients.

A year ago, the Washington Post identified the hospitals with the highest hospital markups in the country.

“They are price-gouging because they can,” said Gerard Anderson, a professor at the Johns Hopkins Bloomberg School of Public Health, who co-authored the 2015 study in Health Affairs. “They are marking up the prices because no one is telling them they can’t…This means when it costs the hospital $100, they are going to charge you, on average, $1,000.”

Now, the Washington Post reports that these hospitals with hospital markups of more than 1,000 percent continue to raise rates. A team of researchers examined “whether the negative publicity put pressure on the community hospitals to lower their charges.”

Their findings were unsurprising.

“There was no evidence that the negative publicity resulted in any reduction in charges,” the Washington Post reports on the study. “Instead, the authors found that overall charges were significantly higher after the publicity than in previous quarters.”

Hospital executives seem so intent on cashing in, they’re willing to endure a few days of bad press. Check out the entire study here.

Quote of the Day: “Nothing Stopping Them”

“We were thinking we would see a drop or lowering of some charges,” said Karoline Mortensen, one of the authors of the study published in the Journal of Health Care Finance earlier this year. “There’s nothing stopping them,” she said, referring to the hospitals. “They’re not being held accountable to anyone.”

Worst of the Worst: Top 50 hospitals that gouge patients with hospital markups

Back in June 2015, the Washington Post assembled the Top 50 hospitals that gouge patients the most. In its latest update, the Post found that the top two hospitals on the list haven’t changed their practices.

“North Okaloosa Medical Center, a 110-bed facility in the Florida Panhandle, about an hour outside Pensacola, topped the list of hospitals with the highest charge-to-cost ratios in the original study. In the more recent study, researchers found the hospital’s total charges continued to increase in the period after the publicity. Over a five year-period, from 2010 to 2015, the increase in charges was more than 52 percent, according to hospital data reported to Florida’s Agency for Health Care Administration and analyzed by the researchers.

“For Bayfront Health Dade City, which also raised its prices after the publicity, total charges for the 120-bed hospital soared more than 95 percent between 2010 and 2015, according to the data.”

This is an update to an article posted originally in March...