When Hannah was in trouble, instead of seeing her, her doctor told her, “go to the ER.” She was involuntarily institutionalized and he was nowhere to be found. 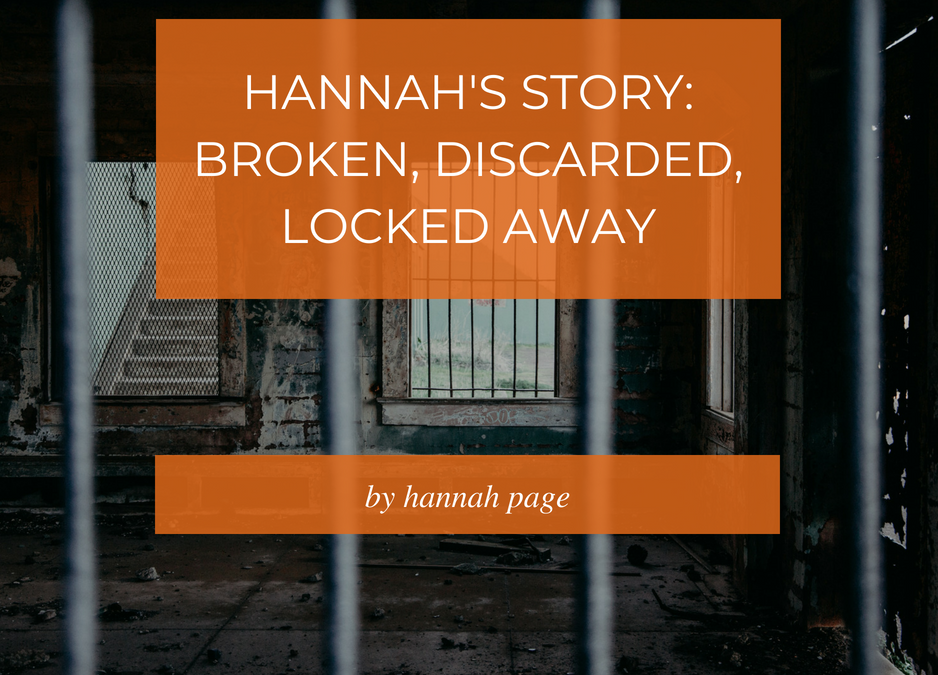 I’ve been on psychiatric medication pretty much since I can remember. I was put on them when my parents took me to a psychiatrist to address my crippling OCD and anxiety around the age of six or seven. Over the nearly two decades since then, I’ve been on many different cocktails to address new diagnoses like anorexia. They seem to accumulate like a collection of something terribly unsavory — eyeballs perhaps, or different types of sludge — and at the moment include bipolar disorder and Emotionally Unstable Personality Disorder, Borderline Type. But psych meds tend to stop working after you’ve been on them for a while. It’s usually hard to point to an exact moment in time when my meds stopped working for me. The most recent of these instances, however, I remember clearly.

I don’t recall exactly why I fell apart the day of my grandpa’s funeral. I know funerals can trigger even the most rational of people, but I was never close with my paternal grandfather. Whatever the trigger, I found myself on my knees in the grass outside his home. Meanwhile, family drank and talked inside over the furniture and belongings that had outlived him. I cried in the grass, snotty, drunk, shattered, while my then-fiancé ran inside to get my mother. At least I think that’s what happened. I was drunk, though not blackout drunk, and when I have emotional episodes sometimes I dissociate and forget what happens.

Over the phone, my psychiatrist decided that when we arrived back in New York I would go to the ER. The “plan” was they would evaluate me and hopefully figure out a cocktail of medication that would work better than my current one.

Why the hospital? Well, I was clearly in crisis. Hospitalization felt like an eventuality anyway.

Why didn’t my psychiatrist suggest I see him immediately instead of directing me to the ER? I don’t know. Maybe he felt I required a higher level of care. 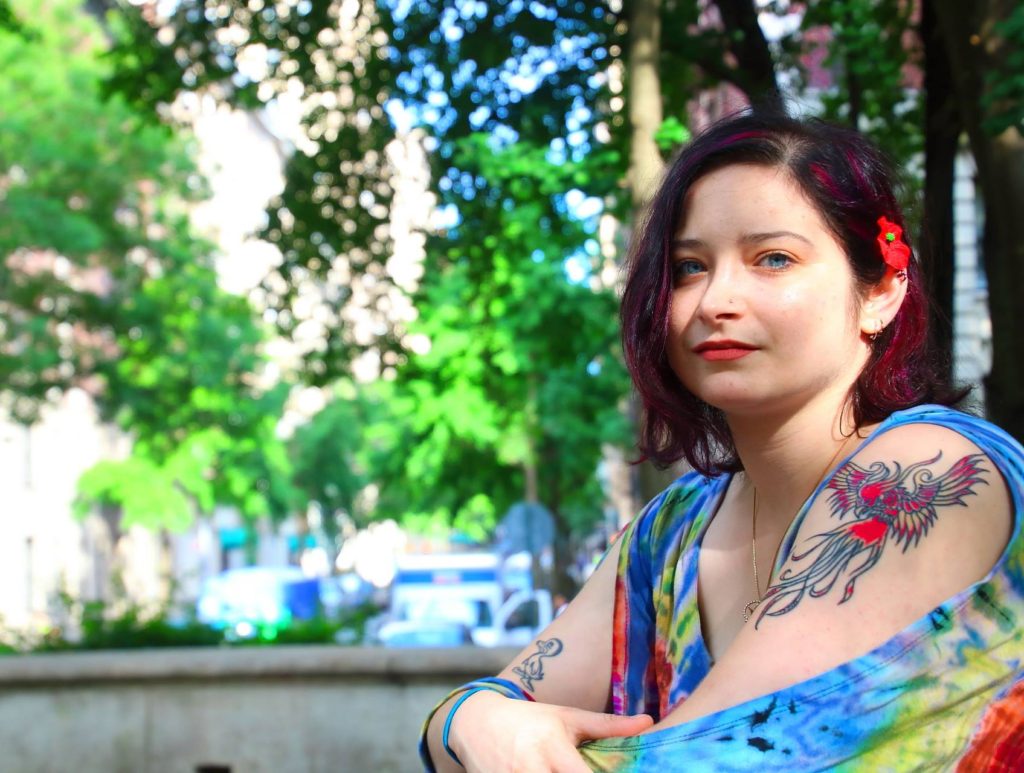 I knew going in that they’d most likely keep me overnight. I came in fairly docile and open-minded; a way I’d learned to be over decades of treatment. I believed I had nothing to lose by being open with them, so I was. My fairly sordid history of substance abuse; sexual and emotional trauma; self harm; suicidal ideations….

“Suicide” – That word was what got me into trouble.

Doctors who work regularly with individuals with Emotionally Unstable Personality Disorder, Borderline Type understand that there is a distinct difference between suicidal ideation and having a plan. I have suicidal ideation sometimes but I almost never have a plan, and I didn’t that night.

They kept me overnight. In the morning I was told they’d be releasing me. It seemed like all was playing out the way my psychiatrist had assured us it would. My fiancé kept me company as we waited for my discharge papers.

In the afternoon I was told they’d decided to keep me. I began to feel constricted, claustrophobic. Furthermore, I was to be sent up to a hospital in White Plains where they had a bed available.

It wasn’t the prospect of being locked up against my will that caused me to lose it. I’m a recovered anorexic, who at her lightest couldn’t stand up without blacking out for a moment. The available bed? It was in the eating disorder unit. My chest tightened, my limbs felt weak and I wanted to sink into the floor or rise through the ceiling and away. I envisioned myself surrounded by skeletal girls in baggy sweats. I felt myself already sliding back toward a dark, haunted place in my head – toward a cage made of my own bones.

This wasn’t my first time being locked up. It was, however, the first time I felt compelled to get out. (Sure, I’d wanted to leave the time I’d called my university’s overnight hotline to tell them I’d self harmed. They’d sent a team of a half-dozen EMTs to escort me across the street to St. Luke’s). But when I was told they were taking me to the eating disorder unit a felt true desperation.

I jumped off my hospital bed and ran my 5’2,” hospital-gown-clad frame headlong into the giant orderly guarding the door to my room. He caught me, of course, and as he held me a foot away from his body he told me that he didn’t want to hurt me. “Well I don’t want to kick you in the balls!” I replied (I didn’t kick him, he seemed nice). After that they gave me Ativan and Haldol and I passed out for hours (a relief). I was barely able to move when they wheeled my limp body into an ambulance, transported me to the other hospital and settled me into a bed.

Fortunately, I wasn’t triggered into relapse of my anorexia. They moved me to a different floor the next morning, where sparse staff babysat the three or four patients who really needed a higher level of care, ignoring a few dozen others including me. To date, there is nothing more claustrophobic than being observed 24/7 while you are unheard, unhelped.

I had a roommate who’d committed herself voluntarily. She was lovely and scheduled to leave halfway through my stay. The room we shared was bare and institutional, with plain white walls. There were two single beds with thin sheets and wooden cubbies that seemed to mock how few of my possessions hadn’t been confiscated (I mostly missed my engagement ring). Our room was across the hall from a scarier room – the one where they put the worst cases when they couldn’t control them. It had one bare mattress in the middle of a bare floor and it echoed horribly. The whole place felt sad and neglected. It had once been an expensive private psychiatric institution, but since its conversion to a public hospital the solemn gilt of the entry level had decayed, preparing visitors for the depressing, aged sparseness of the upper floors.

Because I came in right before a weekend (when the place was somehow even more understaffed), it took four days of my parents and therapists calling everyone at all hours before I finally got to see a real doctor. That Monday they agreed to release me.

While most of the staff didn’t seem to care much, there was one individual who really stepped up. I remember hysterically fighting on the phone with my fiancé. I started taking my few belongings (a tissue box, my notebook) and chucking them against the wall in my room. A nurse came by and saw the mess. She promised she wouldn’t say a word. I don’t think they would have let me out so soon had she not kept that promise.

Once I was out, we fired my psychiatrist who had disappeared while I was in the ER. He alone could have prevented my involuntary committal had he filed a plan with them or been reachable at all. Speaking of which, the hospital, ironically, did nothing at all to tweak my medication, which had been the point all along.

One of my therapists helped me get enrolled in an intensive outpatient program. That program furnished me with a whole new team of doctors who looked at me holistically, realistically and without judgment. This included a new psychiatrist who worked with me to find a new regimen that now works much better than what I was on before. He also realized that I am also bipolar.

Two months into the program, I cut my fiancé out of my life (a story for another time). After that, it was a steady process of building myself back up and learning to love myself entirely, on my own, with all my demons and all my gifts.

In the past, I’d attended programs that insisted on a certain amount of attendance with no adjustability, and I’d left mostly because I’d grown sick of the intensity. Where I am now, they continue to work with me to create a healing environment that meets my ever-changing needs.When I began to experience therapy burnout after five months of five days a week, they acknowledged that as a positive thing. It meant progress. So we created a lighter schedule together that is working well – a first for me.

For the first time in my life I feel like I’m standing on my own two feet without leaning too heavily on anyone, be it a boyfriend or a best friend or a therapist, while still having the ability to depend on one of many of the compassionate and loving individuals I’ve gathered around myself when the need arises. For the first time, more often than not, I feel hope.

Hannah Page was born in Manhattan and spent the majority of her childhood plotting to return there. She graduated from Columbia University in early 2016 with a BA in Creative Writing. She has battled a slew of mental illnesses for nearly two decades and only this year, with the help of a truly brilliant team of holistic doctors, has she finally brought herself to a place of relative wellness. Through her work as a writing tutor, she has discovered a passion for helping others find their voice. She was recently accepted to Columbia’s School of the Arts and returns there in the fall to earn her Masters in Poetry. She intends to become a professor. 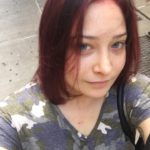