The Forced Tapering of Pain Medicine 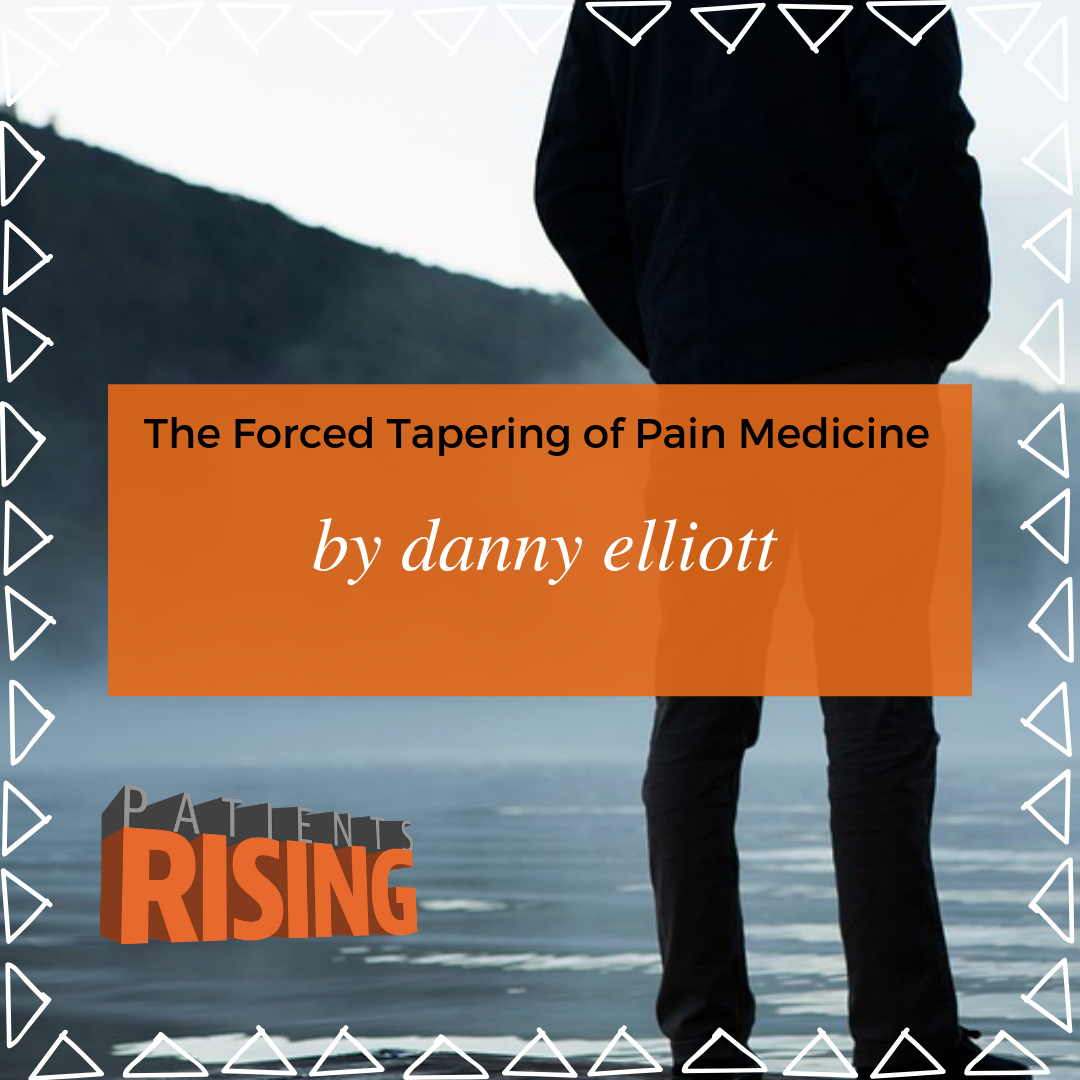 I was electrocuted in 1991. This caused Traumatic Brain Injury. I was “connected” to the electricity for 12-15 minutes before my Dad found me, knocked the electrical plug out of the socket and began CPR. The EMTs arrived. I was revived after 10-15 minutes. Ever since I’ve lived with chronic pain stemming from the accident.

SOUGHT TREATMENT AND FOLLOWED THE RULES

I was evaluated and treated by as many as 20 doctors over the next 7-8 years. This included University of Chicago’s Electrical Trauma Research Program in 1994 (it’s now called the Chicago Electrical Trauma Research Institute), as well as doctors in an Emory University Pain Clinic in Atlanta, GA, and another Pain Clinic in Macon, GA. I learned to master the use of biofeedback and relaxation techniques at those pain clinics. I still use those valuable techniques to relax and distract when I have the most severe pain episodes, but they don’t relieve the pain in any way.

TRIED IT ALL AND THEN SOME

I focused on a wide variety of drugs for off-label “headache” treatment for those 7-8 years. This included antidepressants, anticonvulsants, blood pressure, and every migraine medicine ever created.

I also spent a lot of that time trying hypnosis, acupuncture, strict diets, physical therapy and chiropractic adjustment, all without any pain relief. I made dozens of trips to the local hospital Emergency Room during that time where I usually received shots of narcotic pain relievers. Also, a few of the treating doctors prescribed relatively small amounts of pain pills for a month’s use here and there. These usually consisted of 1-2 pills of 5-7.5mg hydrocodone/acetaminophen combos per day. But in no way was I receiving Pain Management.

RISE AND FALL OF PAIN MANAGEMENT

In 2002, I found a certified Pain Management Specialist, a neuropsychiatrist who just happened to have obtained an Electrical Engineering degree before he decided to pursue a medical degree. This doctor was the first one to acknowledge the reality of my pain and aggressively treat it to provide me the relief for which I was so desperate. In fact, I’d reached a terrible point in my life just before this doctor was recommended to me. I was despondent. I believe the treatment from this doctor literally saved my life. For the next 16+ years, he prescribed the high-dose, high-strength medication necessary to relieve my pain. It was the best part of my life after being electrocuted.

However, in June, 2018, he was arrested by the DEA on bogus and moronic charges, none of which included fraud or illegal sales. He was arrested for, and I am paraphrasing, ‘exceeding recommended amounts of opioids’. As of September 2018, I still haven’t received a copy of my medical records from the DEA! It’s difficult enough to find a doctor willing to treat pain, but without records verifying the use of high-dose opioids? It’s impossible.

A doctor in Houston, Texas agreed to treat me but not until after 17 refused me. I fly out and spend two nights at a hotel out of pocket just to be able to see him. At my first appointment in July he prescribed me the successful levels I took for the previous 16 years. But just this August he announced that he was beginning to titrate me down against my wishes, to 90MME[1]. I couldn’t resist – I have no other option for treatment. I’ve just endured the worst month of severe, constant pain since before 2002. I’m going to beg him to not go any lower but, I will have to do whatever he says.

I have absolutely no control over anything about this situation. I am very anxious as to whether I can survive this forced tapering of my meds. My doctor now insists that I get a ‘pain pump‘ implanted, but I have spoken with ten other Traumatic Brain Injury patients with pain like mine who have used pain pumps. Only two have expressed improvement while the other eight felt no relief and three of them worsened significantly.

Since the tapering has started I’m in constant and severe pain and I’m only sporadically able to function in the most basic manner. I rarely leave my residence and have no social life at all, even with family members. I am not coping well at all.

What choice do I have?

If you are being forced off of pain management medicines that have given you functionality and improved quality of life consider contacting your elected representatives and tell them to stop this unfair treatment of you and of all chronic pain patients.

[1] FOOTNOTE: 90 Morphine Milligram Equivalent (90MME) is a dose suggested as a maximum dose for treating chronic pain patients in the CDC Guidelines for Prescribing Opioids for Pain Management. Unfortunately, many doctors and legislators have ignored what the CDC stresses is only a guide for primary care settings.

Danny Elliott was born and raised in Warner Robins, Georgia. He was the Senior Class President for the Warner 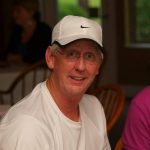 Robins High School Class of 1979 and is a graduate of Valdosta State University. Danny was working as a sales representative for Ortho Pharmaceuticals when his electrical accident occurred. His wife of almost 23 years, Gretchen, has been his rock, his best friend and the love of his life. He credits Gretchen’s strength and support for his survival of these very difficult years. He also credits his brother, Jim, and his nephews, Jay and Mark, for their support and friendship.

Raise Your Hand If You Have Only One Diagnosis

There are few of us who live with only a single disease.