Voices of Value: The Unmet Medical Needs of Migraine Patients 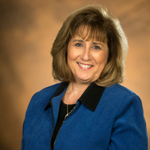 Ilana Lowery was named editor-in-chief of the Phoenix Business Journal in June 2013. She had been editor of the paper since August 2001, and managing editor since 1999. Prior to The Business Journal, she was an editor for Independent Newspapers Inc., a community newspaper chain based in Scottsdale. Before moving to the Valley in 1989, Ilana served as a reporter and editor for Pulitzer Newspapers in Chicago. She also worked as a scriptwriter and associate producer for the NBC-TV affiliate in Chicago.

She serves as an associate professor at the Arizona State University’s Walter Cronkite School of Journalism and Mass Communication. She also is on the executive board of Gabriel’s Angels and is a member of the Hon Kachina Board of Governors. Ilana also is a member of the prestigious women’s professional associations Central Phoenix Women and Charter 100. Ilana joins us not just as an esteemed journalist, but as a migraine patient. She herself suffers from migraines and will add personal insight as our moderator.

Mary Franklin was named the Executive Director of the National Headache Foundation in June, 2016. She joined the National Headache Foundation staff in September, 2011 as Director of Operations. She previously held several positions at the Diamond Headache Clinic in Chicago in the nursing and the administrative departments. She retired from the Clinic as Vice President of Publishing and Administration in September, 2011.

A native Chicagoan, she received a Master of Arts in Chicago Studies at Loyola University Chicago, where she had studied nursing. She also received a B.Ph. degree in History from Northwestern University in Evanston. Currently, she lives in Evanston, IL, and thoroughly enjoys the company of her 2-year-old granddaughter, Madeline.

Migraine.com and The Daily Headache, Patient Advocate and Writer

Kerrie has had chronic migraine since she was 11. She has always loved writing and needed a creative outlet when she became too sick to work. She started The Daily Headache in 2005 and joined Migraine.com in 2011. What began as a way to share her experience quickly became the best job she’s ever had. Not only does her work teach her about migraine, headache disorders, and chronic illness, she has also met incredible people who are working hard to live the best lives they can despite chronic illness. Her passion is to write about the emotional experience of chronic illness.

Terry is the Co-Founder and Executive Director of Patients Rising and Patients Rising NOW.  She will bring policy and access issues to this migraine conversation. With the help of information provided by Aimed Alliance, she will inform viewers how patients and their caregivers can fight back against denials and delays from their insurance companies. Her passion is challenging the entire health care system to think broadly about the issues we face while remining ever-focused on the patient and the sanctity of their relationship with their doctor.