This is a Voices of Value event you do not want to miss. The replay of this event in Chicago featuring Felicia Temple is above. Look for shorter segment videos in the coming weeks.

Taking place in Chicago on June 4th, 2017 at PianoForte, the advocacy forum is part of Patients Rising’s new national initiative, Patients Need AIR, which addresses the importance of access, innovation and the reform of policies currently erecting barriers to novel therapies, especially in treating cancer.

The focus in Chicago will be on understanding and recognizing the provisions of the Orphan Drug Act of 1983, so the nation will continue to reap the benefits of the investment in research and biomedical discovery that is netting new therapies for orphan diseases, like rare and hard-to-treat cancers.

The forum called for:

Moderated by our policy director Jonathan Wilcox, the program will feature oncology experts, health policy leaders and patients discussing precision medicine in cancer and the importance of the Orphan Drug Act to accelerate progress against rare cancers. 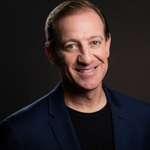 NET cancer survivor, nurse and a recent contestant on The Voice

Felicia joins us not only as an amazing musical talent, but a cancer warrior and a nurse! She was diagnosed with a rare cancer last June — a neuroendocrine tumor commonly referred to as NETS. After completing six rounds of chemotherapy, Felicia was selected for The Voice on NBC. Felicia comes from a musical family. Her dad has been touring with The Sugarhill Gang for as long as she can remember. She grew up playing piano and learning sheet music, even earning the nickname Felicia Keys around school. She gigged with her dad and uncle throughout high school and later obtained her degree in nursing while pursuing a solo career. 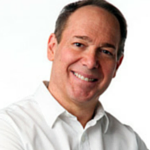 Co-Founder and Vice-President, Center for Medicine in the Public Interest (CMPI)

Dr. Goldberg will share insights from his new white paper on how new spending proposals limit care for patients with serious diseases and discuss an investigation by the U.S. Attorney for the Southern District of New York into rebate schemes that are not benefiting patients. 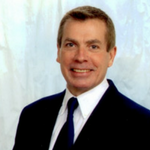 Dr. Mark Thornton is co-founder and volunteers as President of the Sarcoma Foundation of America, Inc. As a Clinical Pharmacologist and Trialist, he has divided his 20+-year career in the FDA and in the biotechnology industry equally between oncology and infectious disease biologics clinical development. As a Patient advocate he has published Op-Eds in the Wall Street Journal and Washington Examiner on the need for regulatory reform at the FDA to streamline the approval processes for drugs for rare cancers.  Dr. Thornton is the founder and president of Thornton BioPharm Consulting, LLC. 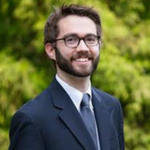 Paul currently serves as the Director of Federal Policy at the National Organization for Rare Disorders. In this role, Paul leads the Federal policy operations in developing and advocating for the enactment and implementation of pro-rare disease patient policy. Paul also holds a Master of Public Policy (MPP) from the George Washington University. Paul is constantly seeking opportunities to make a difference in the lives of the less fortunate through compassionate and effective policy change.