Living With Migraine | Decades of Pain, Generations of Experience 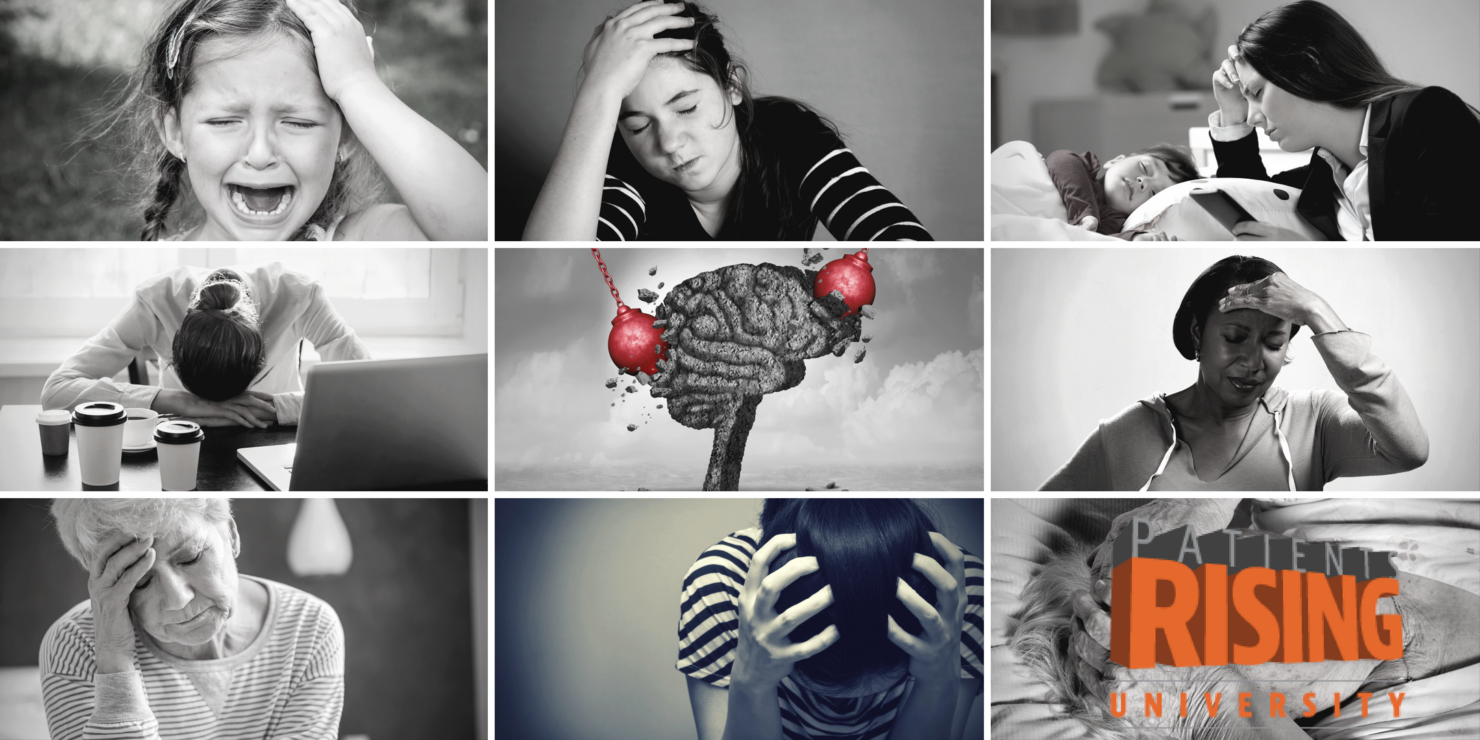 Do you suffer from migraine or severe headaches?

Roughly 28 million migraine sufferers in the United States are women. Migraine is one of the leading health problems affecting women today. This is why we want to talk to a variety of women, across generations who are living with migraine.

You will hear the stories of these women as they share what they have endured living with a chronic and debilitating condition that has had no new treatments developed specifically for migraine in more than two decades. Many are getting by and many more remain undiagnosed. They often find themselves living at a diminished capacity in every facet of their life – including missing important occasions with family and friends, regularly calling in sick to work, and suffering through the social stigma and rejection often perpetuated by their inability to function.

Our goal is to shine a light on the decades of pain and generations of experience these women represent through discussion and sharing around the unmet medical needs they have endured, the stigma and isolation they have suffered, and the hope they all share about the innovation finally emerging on their behalf. 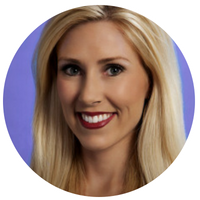 Serene is an Emmy Award-winning journalist with over 13 years of live TV experience. She currently reports for KCBS 2 and KCAL 9 News in Los Angeles. Born and raised in the Los Angeles area and proud Bruin, Serene loves covering stories in her hometown.

Serene was one of the first reporters on the scene in the aftermath of the Boston Marathon Bombing. She spoke exclusively to family members of a victim, and followed his miraculously path to recovery. She has been on the front lines of some of California’s largest natural disasters including wildfires and mudslides. Serene has also interviewed some of Hollywood’s biggest celebrities. She’s been on the red carpets of the Grammy’s, the Oscars, and the Emmys as well as some of the biggest premiers and events in town! Serene has also worked at the CBS affiliate in Sacramento, where she had the opportunity to cover state politics and Governor Arnold Schwarzenegger. Serene started her career as an intern at KCAL 9. She has also worked as a reporter/anchor in Palm Springs and Santa Barbara. And yes, she is that reporter whose Post Grammy report went viral. She’s now become an advocate for migraine sufferers around the world.

You may also recognize her from film and TV roles, like when she played herself in End of Watch with Jake Gyllenhaal and the hit HBO series Entourage. She also has a passion for wellness and is a certified Pilates instructor. When she’s not working Serene enjoys spending time at the beach with her young son, husband and their energetic golden retriever. 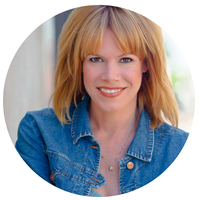 Emmy-winning television/radio host, correspondent and producer Stacey Gualandihas come a long way since her first big scoop right out of Miami University’s journalism program:  picking up horse manure as a P.A. on the set of the film Eight Men Out.   Not quite the journalistic scoop she was looking for, but it did lead to another “inside” job as Molly Ringwald’s stand-in on the film Fresh Horses, and a career in Hollywood.

Stacey now balances freelance work with frequent migraines, which she has dealt with over the past ten years.  She is currently the host/contributor to “The Women’s Eye Radio Show” and the website www.thewomenseye.com; the contributing editor for Deluxe Version Magazine; and freelance reporter/producer for several outlets including MTV UK, Crime Watch Daily, Entertainment Tonightand EXTRA. Stacey recently worked as a General Assignment Reporter for Channel 13 Action News in Las Vegas and spent 9 years as a Senior Correspondent for the nationally syndicated newsmagazine Inside Edition where she tackled national, breaking and entertainment news.

Stacey is a certified yoga and spin instructor, voice actor and lives in Henderson with her husband Marty and mutt Bobo. 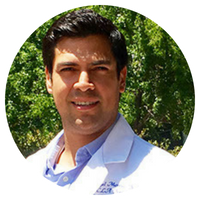 Angel Leonel Moreno, Adult and Gerontology Nurse Practitioner, Board Certified. Angel Moreno earned his advanced nursing degree from the UCLA School of Nursing in June of 2014. Prior to becoming a nurse practitioner, he was a critical care registered nurse in the Santa Monica UCLA intensive care unit from 2010-2015. In the ICU, Angel was able to blend critical care medicine with complementary and alternative modalities, utilizing multiple approaches to reduce suffering and enhance comfort. While in the ICU, Angel was trained and certified in Urban Zen, a blend of Eastern healing modalities designed to reduce pain, anxiety, nausea, insomnia and exhaustion. Angel earned his Bachelors of Science in Nursing from Mount Saint Mary’s University in 2010. That same year, he became certified as a Kundalini Yoga instructor. Angel worked at Dragon Herbs from 2006-2012 as a junior Tonic Herbalist, learning aromatherapy, Chinese tonic herbalism and the principals of Chinese medicine. Angel has always been fascinated with health and healing through multiple avenues, weaving eastern and western modalities as needed for each individual person. Angel joined the Wendy and Leonard Goldberg headache program in July of 2015. When he is not caring for patients in the clinic, you will find him in a yoga class, running along the beach path, hiking local mountains, attending music and art festivals, traveling, cooking or watching movies. His future professional goals include lecturing on the use of complementary and alternative modalities in the setting of chronic pain syndromes and becoming certified in the Pain Management Nursing specialty. 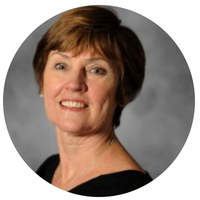 Maureen McCluskey is a Health and Wellness Disease Education Specialist with extensive expertise in corporate health and disease management initiatives. She is a registered nurse with over 30 years of experience in healthcare, occupational health and corporate health. She has been responsible for planning, implementation, organization, delivery and evaluation of sustainable wellness and disease management programs. These programs have supported the culture of health in large companies like JP Morgan Chase, American Express and various other companies she has consulted for.

Maureen has spoken at national conference, published work in peer reviewed journals and was featured in Corporate Wellness Magazine for leveraging innovation strategies into disease management. She holds a Bachelor of Science Degree in Nursing and a Master’s in Health Communications. 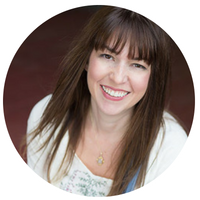 Tonilyn has always preferred writing in her room to playing kick-ball outside. She has been a writer for over ten years and her humorous self-help book How to Raise a Husband is available where books are sold. Tonilyn’s essays have been published in The Washginton Post, Cosmopolitan, Redbook, Good Housekeeping, Harper’s Baazar, Elle, Woman’s Day, Delish and featured on Scary Mommy, Popsugar, Ravishly, Mom.me and Sammiches and Pych Meds.

She has had several essays published on what it’s like being a mom with chronic migraine including, Pregnancy’s Unexpected Gift: Freedom From Migraine Pain, The Challenge of Parenting Through Chronic Pain, I Am a Mom with Chronic Migraines, and Change of Plans: Date Night.

For just over a year she was a blogger for Pregnancy and Newborn Magazine (and now that he has grown up she can’t stop crying), and she was one the most read bloggers for Skirt! National Magazine. She has appeared on TV and been interviewed for numerous radio programs discussing her knowledge of relationships. And was interviewed for Good Morning America after her humorous piece on strangers touching her pregnant belly gained international attention. Her collection of essays for How to Raise a Husband won the award for Outstanding Non-Fiction at the Southern California Writers’ Conference. 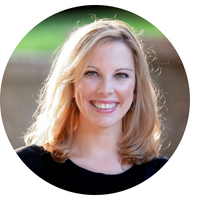 Katie M. Golden is a professional patient and advocate for those with having migraine, headache and cluster diseases.  When she turned 30, her episodic migraine attacks that started as a child, became a chronic, every day occurrence. This debilitating disease ended her successful professional career in finance. She found purpose in writing about her disease, which turned into patient advocacy. Katie is a staff writer for Migraine.com, senior contributing writer for the INvisible Project Magazine, Migraine Advocacy Liaison for the U.S. Pain Foundation, steering committee member for CHAMP (Coalition For Headache And Migraine Patients) and has her own blog called GoldenGraine.com. Her motto is “Living a Fulfilled Life with Chronic Migraine and Pain.” 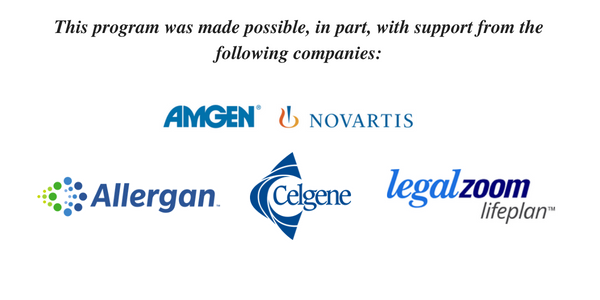