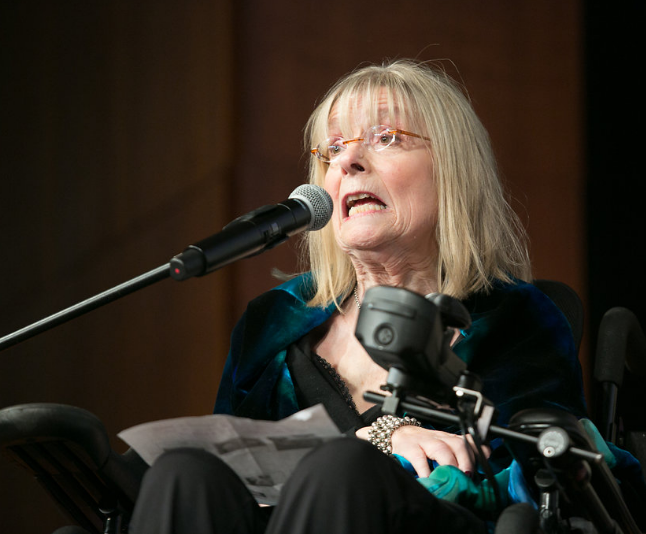 Elizabeth Jameson never wanted to be an artist.

The Boalt Hall School of Law-trained public interest attorney spent her career representing disabled children incourt. But when multiple sclerosis stripped her of the ability to speak, Jameson needed another way to continue her mission to change the world.

First, she confronted the realities of her diagnosis.

“I refused to look at the scans,” Jameson told a packed house at Patients Rising University’s Spotlight Multiple Sclerosis event in San Francisco. “I thought they were ugly, depressing.”

That’s when it dawned on Jameson – who didn’t even own a paintbrush – that she could transform her depressing brain scans into inspiring works of art. The displays of her illness would become symbols of her strength. 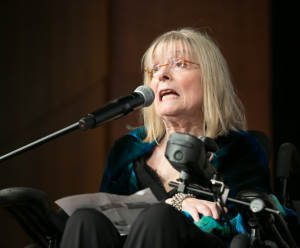 “This is what I need to do to deal with the MRIs,” she recalled. “Translate them into something that could make it part of the journey of discovering what it means to live in an imperfect brain and with an imperfect body.”

This month, Jameson shared her art, story and latest project, FacingMS, as part of Patients Rising’s campaign to educate patients living with multiple sclerosis on ways to navigate an increasingly complex health care system. The event featured a comprehensive look at the latest innovation in MS treatments, exposed the common barriers to accessing treatments, and provided patients with a forum to voice their ideas for reforming the country’s health care system.

“This was a great opportunity to have face-to-face dialogue from a variety of perspectives dealing with emotionally charged and complex issues,” Dr. Beth Haynes, executive director of the Benjamin Rush Institute, said of the event. “This is the type of discussion we need to have more of, so that all sides can be heard and understood.”

Multiple sclerosis manifests itself in different ways for each of the more than 400,000 Americans living with multiple sclerosis. Many patients suffer from severe pain, fatigue and loss of muscle control.

“It’s so different according to people,” explained author Jamie Tripp Utitus, whose writing career began with an MS diagnosis. “My sister has MS. Her MS is completely different than mine.” 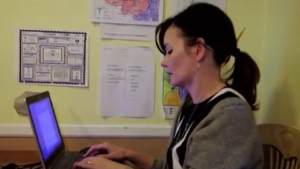 Although Utitus’ MS can cause extreme exhaustion, she says it’s not nearly as exhausting as the battles with her health insurance company over access to the right treatment for her disease.

“It’s not so much that the MS is exhausting — it is exhausting — but (it’s) the battles you have to surmount when it comes to health care, and insurance, and getting proper treatment,” she said.” They take you and they put you on hold. It’s a limbo.”

Thousands of MS patients face similar battles over access, according to Dr. David Jones, an assistant professor of neurology at the University of Virginia Health System. He points to the dramatic increase in the number of health administrators, which has created a health care system with “more people in suits than white coats.”

“At the end of the day as a clinician, I usually don’t make decisions, I ask permission,” he said of his experience battling insurance denials. “There are many different entities in between the physician and the individual with the disease.”

This extra layer of bureaucracy is adding to the high cost of health care. Billing and insurance-related activities total nearly half a trillion dollars per year. A 2014 New York Times’ analysis of medical salary data found that the base pay for health insurance executives and hospital administrators far exceeded the salaries of surgeons and general doctors. By one calculation, these administrative costs add $83,000 per year for every physician practice in the U.S.

“Too often just the process of getting their medication can feel like a full time job,” Bari Talente, the National MS Society’s executive vice-president for advocacy, told Patients Rising University. “On top of the full time job, on top of living with multiple sclerosis, on top of having a family… patients were spending day after day for sometimes weeks, sometimes months, calling various different entities within the health system just so they could get their medication.”

Bari’s organization convened a national taskforce of patients, caregivers, doctors and health care providers to identify the most common barriers to access. In total, the National Multiple Sclerosis Society’s Advisory Committee on Access to MS Medications surveyed more than 8,500 patients living with multiple sclerosis. The findings were troubling.

Patients relate that they often find themselves dealing with a half-dozen separate entities to gain access to treatments. Once they get through customer service, patients must provide necessary documentation for confusing insurance policies, such as step therapy or prior authorization. All of this is made more difficult while experiencing the cognitive challenges and fatigue resulting from multiple sclerosis.

When patient Melanie Rowen sought treatment for her relapsing-remitting MS, her insurance company hit her with higher out-of-pocket costs. Known as “specialty tiers,” insurance companies can force patients to pay a higher co-pay based on a percentage of the drug costs.

“In my case, it was 30 to 40 percent, varying at different times with my insurance plan,” she said of the cost of her treatment. “I ended up paying about $900 a month for my medication out of pocket as my co-insurance for the medication.” 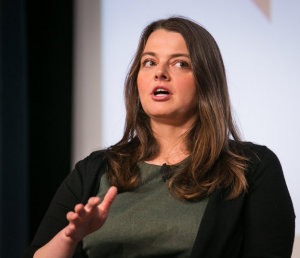 Like many patients, Rowen went into credit card debt to pay her medical bills and maintain access to her treatments.

Rowen’s experience also demonstrates the flawed approach of specialty tiers and other barriers to access that interfere with the doctor/patient relationship. Melanie’s doctor-recommended treatment kept her condition stable and allowed her to continue working, which is why she says:

“It’s just so shortsighted to say, ‘We’re not going to give you the medication that’s going to keep you active and involved in society because you can’t afford it,’” says Dr. Seth Morgan, a retired neurologist, who gave up his practice after being diagnosed with MS. “We have to allow patients to have access to these drugs, because they are going to prevent them from being burdens on society.”

“Patients should get involved with patient advocacy organizations who are interested in passing these bills and speaking up for themselves,” Worthy said.

As lawmakers consider the repeal, replacement or repair of Obamacare, health care policy experts see an opportunity for changes that will put patients at the center of care. Dr. Haynes envisions a system where providers compete to provide the best care.

If that change is going to happen, it starts with patients speaking up.

As patient advocate and MS blogger Utitus puts it, “The patient’s voice is probably the biggest key to effecting change in the system.”