When Walter was diagnosed with Ductal Prostate Cancer he was given 2 1/2 years to live. That was 4 years ago because he took matters into his own hands.

At least for me, having advanced ductal prostate cancer is a paradox. There are a lot of negatives associated with it, but in some ways I feel more alive now than before the cancer diagnoses. Of course, I would rather cancer never touched me but that’s not a choice. Each of us has to find their own way of dealing with cancer. This is mine.

NOTHING TO WORRY ABOUT

First the background. I have been getting digital rectal exams since I was 40 (requirement for work) and PSA tests since I was 50.  Up till I turned 58 these were all negative.  Starting in my early fifties I started to have urinary issues. My tests being negative I was told that this was just the start of “old Man’s disease”, nothing to worry about. However, that all changed when I was 58.

SOMETHING TO WORRY ABOUT

At 58, my PSA jumped up to 4.7 and the digital exam indicated the prostate was no longer smooth. I was told that it was probably nothing but I should see an urologist. I did, and it was something. 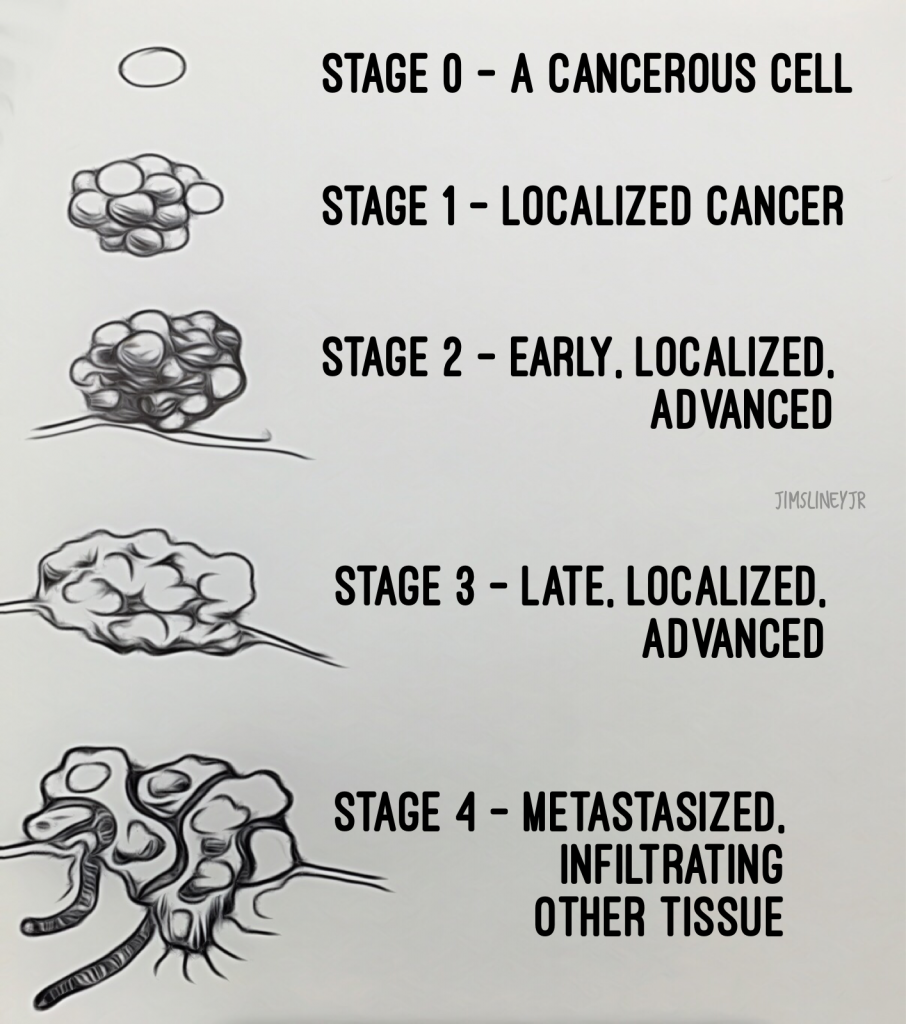 Turns out I have advanced Ductal Prostate Cancer Stage 4A which is to say it has spread to the lymph nodes. It is a rare form effecting about 0.4% of the prostate cancer cases. It does not raise your PSA and is hard to detect digitally.  Because it is so rare there is not a lot of information on how to treat it, outside that, it is hard to treat.

BE YOUR OWN ADVOCATE

The first thing I learned is that you have to do your own research. Because of how my early retirement medical insurance works I was limited to the providers that accepted it. Unfortunately, my team of providers did not seem to want to research ductal prostate cancer…so I did my own open-literature searches. Fortunately, being a (now retired) research chemist with over 100 patents, I knew how to do this.

I continually supplied peer-reviewed articles to my team on what was known about ductal prostate cancer and the current best theories on how to treat it. Most of the articles stated that I probably had about 2 ½ years to live. I decided to challenge my doctors as if I was arguing a chemical theory or the basis of a new patent. Showing that I had credible knowledge, they generally followed my advice and used it to modify my treatment.

PUSHING FOR THE RIGHT TREATMENT

I had surgery (even though it had metastasized), 38 rounds of external radiation and a mixture of Lupron and Zytiga. Probably a good thing as my 2 ½ year deadline (pardon the pun) has just come up and I am still here and doing well, despite having all of the not-so-wonderful side effects: Incontinence (front and back), fatigue, muscle loss, fat gain, joint pain and brain fog, just to name a few. Not great, but these issues just let me know that I am alive.

THE DECISION TO LIVE

All of the above is the boring part. Here comes what is important.  The decision to live.

After the initial depression that comes with a cancer diagnosis, I decided that I had a choice. I could remain depressed or try to make the most of the time I had left. You’re reading this so, I went with the latter. I decided to literally live like I was dying.

My wife and I both love the outdoors. About six weeks after surgery (but before radiation or the start of hormonal therapies) I started to ride my bike. At first it was hard because of the incontinence. But to my surprise, the pressure of the bike seat against the pads I was wearing helped to strengthen my lower pelvic muscles. We got in 1000 miles that year – the most I have ever ridden.

We used to backpack a lot. After the start of hormonal therapy, I could not carry a 40-pound backpack five-plus-miles into the woods. Again to my surprise, we discovered the wonders of “car camping” (where the campground is right next to where you park your car).

The big thing for us was SCUBA diving. I had to ask the dive masters on the dive boats to literally throw me off of the boat and pull me back in. Once in the water there were no issues.  In fact, I was able to increase the amount of time I could stay underwater. That was thanks to the “mellowing” effect of Lupron/Zytiga.

Most importantly, I’m able to cherish every moment I spend with my wife, Pat. In the summer we sit on the back porch with a glass of wine and listen to all of the “critters” in the pond.  In the winter we put a fire in the fireplace and listen to old LP records.

I know sooner or later that my life will end. I decided that I was NOT going to waste a moment that I spend with her being sorry for myself or sad.  That does not mean I don’t have occasional pity parties; I just keep them to a minimum.

I truly feel more alive now than before cancer. The bad days are gifts because they make the good days that much more special. I have passed my “expiration date” and I am still doing relatively well. I can honestly say: “I love my life!”

Having access to medical innovations like Lupron and Zytiga, and the external radiation treatments allow patients with cancer to live better, longer lives. But those treatments aren’t always offered or available at first. That is why we all have to learn how to advocate for our own needs. Through education and research, support and teamwork, we can get fight to get access to the treatments we need to regain function and improve quality of life in the face of chronic, rare and terminal illnesses.

Walter Ohrbom is a retired PhD chemist with over 120 issued patents. Walt was diagnosed in January 2016 with 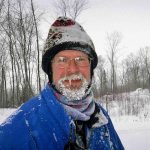 Stage 4A Ductal Prostate Cancer, a form so rare that there is not an established treatment plan. He applied his research-literature skills to come up with one. Walt is active on a number of prostate cancer sights sharing his experiences and giving technical as well as emotional support to other cancer warriors and is active in a number of Relay for Live events. While he has slowed down, Walt still enjoys the outdoors with his wife Pat, SCUBA diving, biking, skiing and camping.