The Duchenne community rose to the occasion in the fight to get their drug approved by the FDA. But because of ICER the fight is not over. 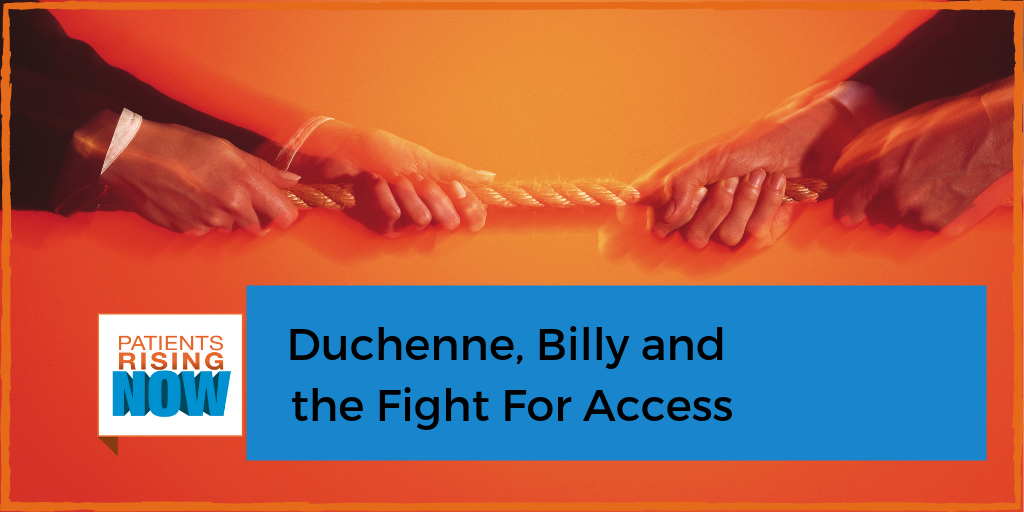 Billy Ellsworth is 18. He just graduated from high school, even walked across the stage. If you know Billy, you’d know that was extra awesome, because Billy has Duchenne Muscular Dystrophy.

Billy was born with Duchenne Muscular Dystrophy (DMD), one of nine types of muscular dystrophy diseases, all of which cause progressive muscle weakness and loss of muscle mass. In all forms of muscular dystrophy, gene mutations interfere with the production of proteins (in particular, dystrophin) which are needed to form and maintain healthy muscle. Over time, heart, lungs, walking and exertion become harder until something fails.

People who live with DMD often have to wear braces and other types of orthoses. Often by the age of 12 they require the use of a wheelchair. As muscles break down, DMD patients might be too weak to transfer from wheelchair to bed and so may require mechanical lifts. But Billy Ellsworth walked across that graduation stage under his own power wearing a proud smile and accepted his diploma.

Duchenne Muscular Dystrophy is rare. As people, we often like the idea of being rare and unique, but when we talk about diseases, rare isn’t good. Being rare means having very limited resources, sometimes none. It means the specialist you need to see might not live in your state or be covered by your insurance. On Rare Disease Day we acknowledge everything families like the Ellsworths endure because of that rarity.

Rare though Duchenne is, its sufferers are not without hope. In September 2016, the US Food and Drug Administration granted accelerated approval for eteplirsen (Exondys 51), a drug that acts to promote dystrophin production. Since DMD is characterized by a lack of dystrophin, being able to increase it is a highly sought-after goal. Billy participated in the clinical trial which slowed the progress of the DMD and led the FDA to fast track approval.

Between 9,000 and 12,000 people are estimated to be living with Duchenne in the United States; only about 13 percent of those have the genetic mutation that is receptive to the eteplirsen. But of course, it takes the same amount of money to develop a drug for 1500 patients as it does to develop one for 1.5 million. Does that mean the few have less inherent value than the many? 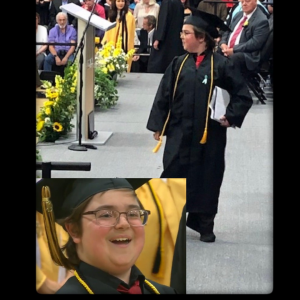 New data was just released that supports the improved lung function of patients living with Duchenne who use eteplirsen. It works by keeping their diaphragm muscles strong, buying them precious time as they wait for the next innovative breakthrough. Some of them may not be walking, but they are breathing better than ever.

The Ellsworth’s insurer, Highmark, at first told them the drug was still experimental and they wouldn’t cover it, even though FDA had found sufficient evidence to approve it. But Highmark eventually reversed their decision and Billy got covered. The Ellsworth’s go to an infusion center every week to get Billy’s medication administered.

AND THEN THERE WAS ICER

The Duchenne community rose to the occasion in the fight to get their drug approved by the FDA. But the fight is not over.

ICER (the Institute for Clinical and Economic Review claims there is insufficient data to warrant the price tag. ICER uses fancy math to determine which treatments are “worth it” and which are not. Recently they put out a preliminary report stating that eteplirsen, the drug Billy is taking, is “not worth it” at any price. Yet patients like Billy who are using this drug, are breathing and living their lives in ways that were recently impossible.

ICER’s formula is based on the QALY, which stands for “Quality Adjusted Life Year.” The QALY is an invented metric that values a healthy year at “1.0” and then devalues a person’s year to a fraction of 1.0 if they are diagnosed with a disease. The more a disease lowers someone’s quality of life, the smaller that QALY fraction becomes. So according to ICER, as Billy walked across the stage, his classmates cheering him, his principal handing him his high school diploma, Billy was worth less than one.

Patients Rising doesn’t see QALY as math, we see it as rationing health care to the sickest among us, and that’s just wrong.

WHERE DO WE GO FROM HERE?

DMD is a fatal disease. The people usually die of respiratory or cardiac failure. Until relatively recently, boys with DMD rarely survived their teens. Advances in cardiac and respiratory care and treatments like Billy’s has pushed life expectancy into the early 30s.

Research must continue, but just as importantly, the treatments that result from that research must be available to the patients who need it. When legislators and economists interfere with doctors treating their patients the Billy Ellsworths of the world don’t usual win. Wouldn’t it be great to change that?

Congratulations on your graduation Billy. We can’t wait to see what you’ll do next.