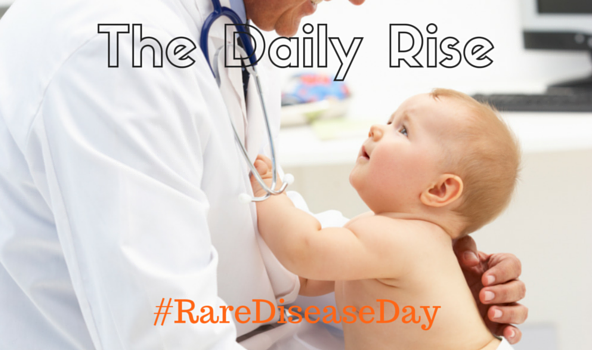 Business Insider’s Lydia Ramsey shares the concern that “we’re running out of prescription drugs — and the consequences could be ‘disastrous.'” Hospitals and pharmacies are experiencing shortages for drugs that treat everything from cancer, asthma and migraines. The American Society of Health-System Pharmacists has identified 150 compounds that are currently facing shortages.

Drug shortages are a real problem. In January, pharmacists at Johns Hopkins Hospital “were faced with the troubling decision of whether they should give smaller doses of medication to multiple children or give the same amount of medication to one adult.”

What’s causing the drug shortage? One of the problems is the global competition among generic drug companies.

“US generic companies have had a harder time turning a profit on generic drugs while competing with companies outside the US that are able to make the same drugs at a cheaper cost. That’s caused manufacturers to home in on certain generic drugs and discontinue others that don’t make as much money.”

This represents a serious problem for patients.

Today is Rare Disease Day. There are approximately 7000 different rare diseases and disorders and most have no cure.  30 million people are living with a rare disease in the United States. Learn more facts here.

No these are not just a diagnosis from an episode of House. We have made Great Strides Against Rare Diseases. In today’s world of precision medicine, no patient is “average” but this is especially true for those suffering from a rare disease. We must work together to continue to fight for innovation and access for patients to ensure our pipeline of progress is not threatened.

Score One for Science

Score one for science. The Washington Post’s Rachel Feltman has the story on a retraction of a flawed paper published online in the journal Vaccine that questioned the safety of the vaccine for human papillomavirus.

The debunked paper, co-authored by Christopher A. Shaw of the University of British Columbia and scientists at Tel Aviv University in Israel, linked behavioral problems in mice and the HOV vaccine Gardasil. Editors of the journal issued a correction:

“This article has been withdrawn at the request of the Editor-in-Chief due to serious concerns regarding the scientific soundness of the article. Review by the Editor-in-Chief and evaluation by outside experts, confirmed that the methodology is seriously flawed, and the claims that the article makes are unjustified. As an international peer-reviewed journal we believe it is our duty to withdraw the article from further circulation, and to notify the community of this issue.”

Dig a little deeper, and you’ll find the authors of the study are no strangers to medical controversies. Canada’s Metro News notes, “The UBC researchers co-authored a 2011 study suggesting vaccines containing aluminum could induce conditions like autism. The World Health Organization discredited the study, describing the research as ‘seriously flawed’.”

This vaccine is important. It’s one cure for cancer we do actually have. Patients need to be informed by sound science — not fear-mongering by researchers with a vendetta.

“My hope is that this becomes the foundation, the architecture, whereby 10 years from now we can look back and say we’ve revolutionized medicine,” President Obama said of his proposal, which would primarily benefit the National Institutes of Health. “We may be able to accelerate the process of discovering cures in ways we’ve never seen before.”

Morning Consult’s Caitlin Owens explains, “Precision medicine fits nicely under the ‘medical innovation’ umbrella, which is an area of bipartisan interest on Capitol Hill. Senate health leaders have floated the idea of including funding for the precision medicine as part of a bill the hope to pass sometime this year.”

Last week, the U.S. Senate confirmed Robert Califf as the next commissioner of the Food and Drug Administration by a vote of 89-4. Three Democrats Richard Blumenthal of Connecticut, Ed Markey of Massachusetts and Joe Manchin of West Virginia joined Republican Kelly Ayotte in opposing Califf.

A former deputy commissioner, Califf previously held senior positions at Duke University. Califf’s confirmation comes at a critical time for the agency. Reuters notes, “The rate of new drug approvals at the FDA is higher than it has been in decades. Last year the agency approved 45 new drugs, the most since 1996. From 2006 through 2014 it has averaged about 28 new drug approvals per year.”