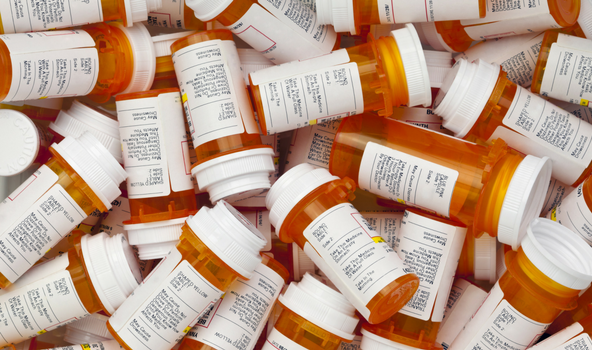 According to the Wall Street Journal, over the past several years, patients have watched insulin prices rise — “yet most of the revenue from the increases isn’t going to the drug manufacturers. It is largely the middlemen that benefit.”

“The price increases—top-selling insulins have more than doubled in price since 2011—reflect the growing role of middlemen known as pharmacy-benefit managers who negotiate rebates and fees based on list prices,” the Journal reports. “Net prices, or what drugmakers retain after discounts, have stayed the same or fallen in the past two years as the pharmaceutical companies compete to offer ever-deeper discounts to stay on the preferred drug lists at insurers and the PBM middlemen.”

So, who is pocketing the difference?

The Financial Times reports that the largest pharmacy benefit manager in the country, Express Scripts, “reported net profits of $773.5 million last year.” That’s net profits – money that goes to Express Scripts after all of its expenses.

Remember: they are a corporate middleman. They didn’t create anything.

Under their contracts, pharmacy benefit managers earn profits based on the “savings.” So, when a price goes up, so do their profits.

“Because rebates are based on a percentage of a drug’s list price, PBMs have benefited as the price of drugs has skyrocketed in recent years,” the Wall Street Journal explained earlier this month, “…these rebates also can encourage drug companies to increase prices more sharply than they would have done otherwise.”

“For example, if a drugmaker wants to raise the price it gets for a drug by 6% to drive sales growth and offset research costs, it has to raise the sticker price even more than that to offset the percentage it rebates to PBMs,” Ron Cohen, chief executive of drugmaker Acorda Therapeutics Inc., told the Journal. “So you get this pressure year after year that tends to escalate the price increases.”

That’s because co-pays are often based on a percentage of the retail price of a prescription. Again, it all has to do with the order of the discount. Patients are paying BEFORE the PBM gets its rebate.

The Journal shares the story of an insulin patient who used to pay $40 for a six-week supply of insulin. Come January, she’ll pay $600 — “because, instead of a fixed-dollar-amount copay, her insurance plan charges 30% of the pharmacy price of insulin.”

With the help of Avalere Health, the Wall Street Journal has prepared a helpful infographic that explains the process of paying for drugs.

Earlier this summer, Steve Pociask, president of the American Consumer Institute, explained how PBMs siphon off rebates  intended for patients.

“Consumers, pharmacies and sponsors are all getting squeezed – all while prescription prices continue to rise faster than the general rate of inflation,” Pociask wrote in a piece for RealClearHealth.com. “It is not always clear who PBMs actually represent. What we do know, as middlemen, they are making a lot of money on all sides and that is driving higher prescription drug prices for all.”

PBMs rely on secrecy to maintain their control of the prescription drug market.

“Because consumers, sponsors and pharmacists have no idea what PBMs are actually paying manufactures for your prescription drugs, some PBMs can use this lack of transparency to make a lot of money as middlemen,”  Pociask says.

“Besides sponsors paying PBMs directly to manage their plans, PBMs can also make money from side deals with drug manufactures. For instance, a PBM could promise to give manufacturers higher volumes of drug sales in return for discounts or rebates. The specific terms and conditions agreed between PBMs and manufacturers are unknown by either the pharmacies or the plan sponsors.”