Dementia: A Guide to Understanding Dementia for New Caregivers

Are you a caregiver for a patient that has recently been diagnosed with dementia? Here's our helpful guide to understanding a dementia diagnosis. 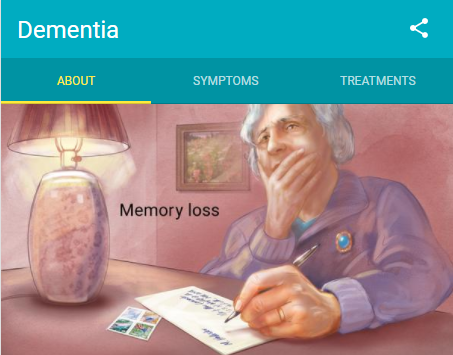 If you know someone in your family with dementia, you have probably felt some of the ways it impacts your life and health. For many patients and caregivers, the fear of mental disability is greater than the fear of physical disability.

Dementia is a decline in memory or cognition that impacts one’s ability to perform normal functions, such as dressing, walking, banking, driving, and so on. “Dementia” is not a disease in itself, it is a term for the effects on memory and thinking that are caused by other diseases such as Alzheimer’s Disease, Thyroid imbalance, Major depression, vitamin deficiencies, other diseases like Lewy Body Dementia or Parkinson’s disease, or the side effects of some medications. Most commonly, dementia gets grouped together under the umbrella of Alzheimer’s disease.

If you are experiencing forgetfulness (“where did I leave my keys?” “what was I going to the kitchen for?”) this is not the same as dementia. To be able to tell the difference, it is helpful to know how doctors screen patients for dementia and how they define the different stages of it.

Healthcare professionals rely on several different tools to determine if a patient has impaired memory. If you think you may have memory problems, the right thing to do is to talk to your doctor; you could even ask for a “memory assessment” or “memory test”.

There are also many unofficial tests online. If you happen to take one, or a few, and you get results that concern you, the right thing to do is talk to your doctor and have your memory tested formally by your healthcare provider using one of the tests available to physicians that have been carefully scrutinized in research studies and found to be accurate.

If someone is found to have dementia, The Functional Assessment Staging Test (FAST) can be used to assess the degree, or “stage”, of the dementia. It is not a screening tool and should only be administered by a healthcare professional, though it is helpful to know how the stages are defined.

For every person with dementia there is at least one caregiver – usually an unpaid family member. The drive to care for a loved one with dementia is noble and good, but caregivers are at a high risk of stress, anxiety, depression, suppressed immune function, and poor attention to their own health. The Alzheimer’s Association provides a several forms of support for caregivers including their ALZConnected dedicated Alzheimer’s online community as well as a searchable database of existing, approved Support Groups across the US. The Alzheimer’s Foundation of America also offers a toll-free helpline with licensed social workers, educational materials and events.

My own family includes several past and present Alzheimer’s patients and I can say with certainty that leaning on the advice and community that support groups provide, makes an enormous difference. The CDC’s own REACH OUT program has shown that caregivers who participate in support groups have overall improvements in health and depression and feel less burdened and less bitterness towards the care recipient.

Don’t do this alone. There are numerous resources available to help you. Dementia in a family member does not have to destroy your health too.