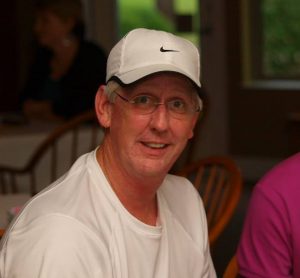 “I was electrocuted in 1991. I was “connected” to the electricity for 12-15 minutes before my Dad found me, knocked the electrical plug out of the socket and began CPR. This left me with Traumatic Brain Injury.”

It also left Danny with constant pain in his head. Danny has spent close to 20 years trying all the medications and procedures prescribed by his doctors ultimately getting good pain control with medication. Then his doctor was raided by the Drug Enforcement Agency. By that time, opioid pain management was a major target of the Department of Justice, so Danny had a hard time finding a doctor willing to treat him with opioids. Eventually he did, but it didn’t last.

“In August (that doctor) announced that he was going to taper me down against my wishes. I have no other options left for treatment. Since the tapering started I’ve endured the worst, most severe, constant pain since before 2002. And while I’m going to beg him to not go any lower on my dose for a while, I will have to do whatever he says.”

Chronic pain patients are under attack from misguided legislation and being mismanaged by doctors. Has that happened to you? Tell us about it.