Biologics for Asthma: Fixing the Future

Ellie has asthma and works full-time. A biologic might help her asthma much more than the usual cabinet full of meds, but her insurance calls it "experimental". 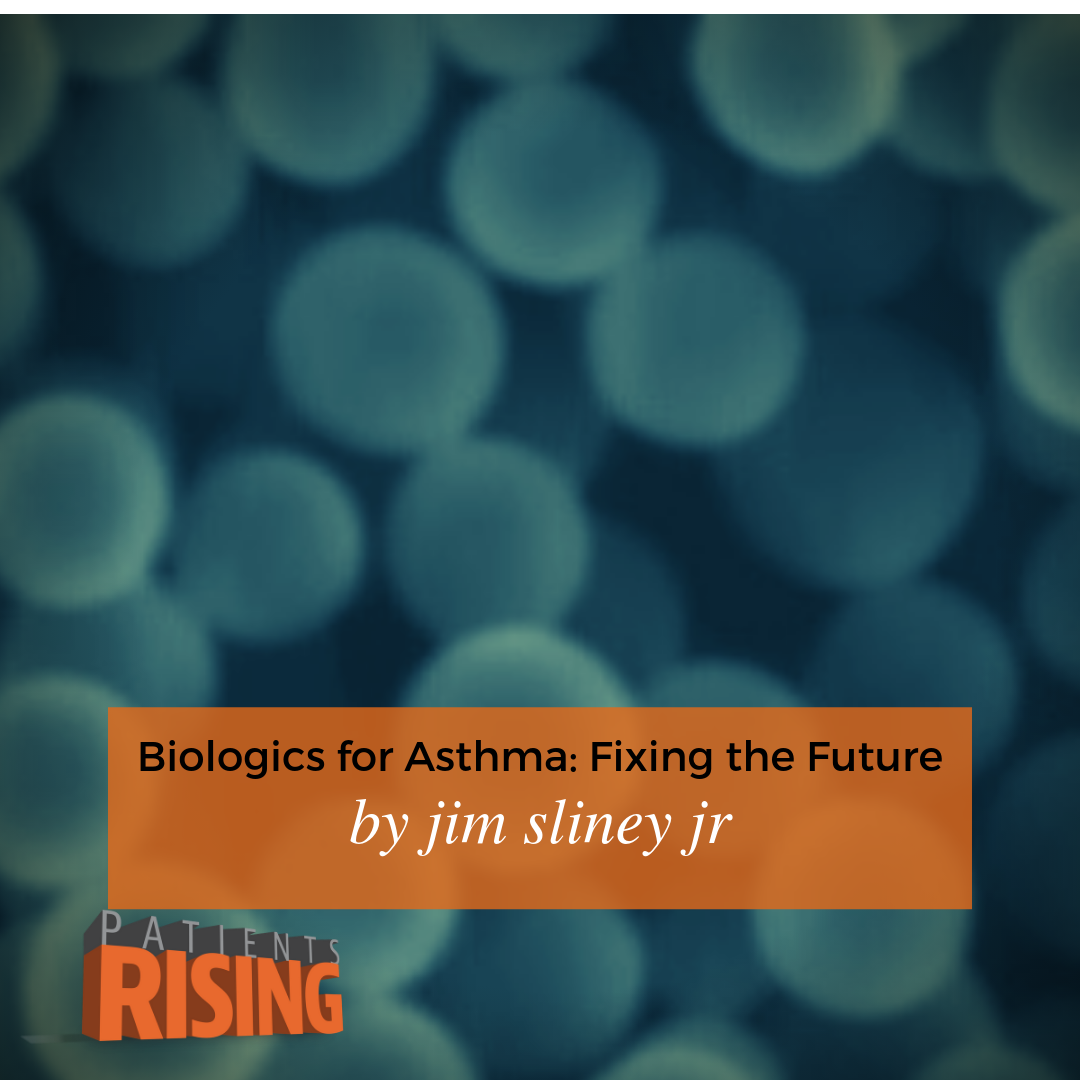 Open the medicine cabinet in Ellie’s bathroom and you are likely to see a lot of asthma medicine. Long term asthma control meds, quick-relief asthma rescue meds, you’ll see allergy-medicines but you won’t see any biologics for asthma. She can’t afford those.

Ellie is a mother of two in New York State. She is married and works full time. Ellie has been managing with multiple drugs for years because she was diagnosed with asthma as a child. “I talked to my doctor about going onto a biologic drug that I had done some research on. Biologics supposedly fix the things that cause asthma flares in the first place. I get flares a lot because my job is really stressful (she works in a fast-paced restaurant). My doctor thought it was worth a try so he prescribed it but my insurance refused it. They said it was experimental”.

Ellie came up against a very common tactic by insurance companies – refusing something as “experimental”. But are biologics experimental? An experimental drug is one that “hasn’t been fully tested” yet. That’s vague. The insurers take advantage of the vagueness. The FDA has given its approval to many biologics including 4 biologics for asthma. Confusion exists because biologics are not like conventional drugs.

HOW IS A BIOLOGIC DIFFERENT FROM OTHER DRUGS?

The term “biologics” covers a wide selection of drug types. According to the FDA “Biological products include a wide range of products such as vaccines, blood, blood components, allergenics, certain cells, gene therapy and other tissues. Biologics are grown in live organisms which makes them different from most drugs. This makes them fragile and at risk for damage from temperature, spoilage or contamination. In contrast, most manufactured drugs, the type you see in pill form, are made in a lab setting and do not use live biological material.

WHY DOES ASTHMA NEED THE ATTENTION?

The Environmental Protection Agency states that asthma affects the quality of life for more than 23 million Americans, including an estimated 6 million children. A study from the American Thoracic Society states “Asthma places a significant economic burden on the United States, with a total cost of … $81.9 billion in 2013.” Given those enormous costs something needs to be done to get a hold of the asthma problem. The Institute for Patient Access points out that since biologics “target the uncontrolled asthma population, these drugs will be particularly effective at reducing these socioeconomic costs”.

BIOLOGICS MAY BE THE ANSWER FOR THE ASTHMA PROBLEM

It is going to take some time before biologics become more widely used. Biologics are out of reach for most patients due to their cost. For those with severe asthma, the improvement to quality of life and reduction in flare ups make them worthwhile option. When deciding how accessible biologics will be the long-term reduction in the economic burden of asthma must be taken into consideration. The Asthma and Allergy Foundation of America says that for now biologics are not well known to most asthma patients. Yet, those who have used them found them to be life altering, especially on quality of life issues.

For now, biologics are beyond the reach of most. Kenneth Mendez, the President of AAFA sums up the paradox well. “Despite the promise of biologics, if they are cost-prohibitive for the majority of the population, their overall impact will be minimal.” In other words, if you can’t afford them, you can’t use them. And if that is the case, we can expect the economic impact of asthma to rise as patients run into more barriers to effective treatment.

WHAT IS A BIOSIMILAR?

You may have heard the term “Biosimilar”. A biosimilar is a biological product that is highly similar to and has no clinically meaningful differences from an existing FDA-approved biologic. Biosimilars are kind of like generic drugs except of course they are similar to biologics so are grown using live cells just like biologics. The Aimed Alliance reported that biosimilars will be paid for under Medicare Part B in the same way Generic drugs would be.

MAKING AN ARGUMENT FOR MEDICAL NECESSITY

So, what about Ellie? Her best option is to work closely with her doctor who can help her make a formal appeal based on the medical necessity of a specific drug. Maybe that will be a biologic. It will take time and may require additional testing, but the potential benefits could really be worth it.

Jim Sliney Jr. is a Registered Medical Assistant and a Columbia University trained Writer/Editor. He creates education and advocacy materials for patient support groups. Jim has worked closely with several rare disease communities. He also coordinates the patient content for PatientsRising and collaborates with other writers to hone their craft. Jim is a native New Yorker where he lives with his wife and all their cats.

Biologics for Asthma: Fixing the Future

by Jim Sliney Jr Open the medicine cabinet in Ellie’s...