RN advice: Be Your Own Best Advocate

Registered Nurse and Multiple Endocrine Neoplasia Type 1 patient, Lisa Viviano tells us how and why you need to be your own best advocate. 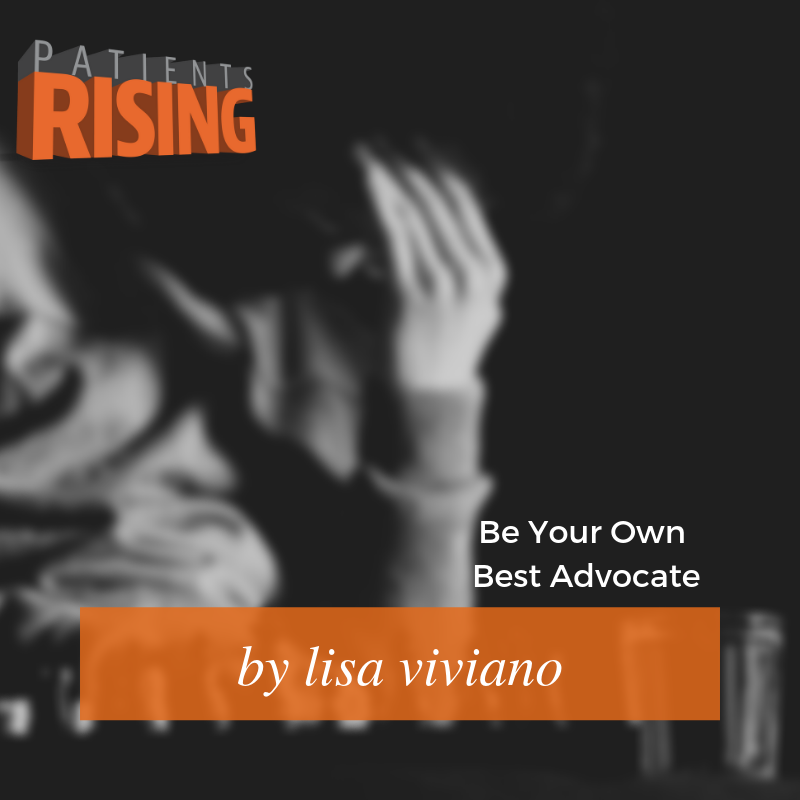 Be Your Own Best Advocate!

I have recently retired from nursing after 25 years. As an RN I worked in general nursing, psychiatric, and hospice. I have also been a patient (often) over the last 15 years with a couple pretty rare diseases and four surgeries between 2014 and 2016. Being a nurse sure helps, but not always. Doctors tend to look at us the same way they look at those folks who aren’t nurses: patients who want too much of their limited time who think they know better than the docs. Which is why you need to be your own best advocate.

Long story short I have Multiple Endocrine Neoplasia type 1 (MEN1) which triggered parathyroid cancer, twice. Before either was correctly diagnosed, I had kidney stone (too many to count) for 10 years. Trips to my primary care doctor, urologist, in and out of ER, CT scans, ER staff looking at me with the “here’s another (opioid) drug seeker”, and countless plans ruined because of the pain, nausea, and inability to get out of the house cause by a kidney stone attack. The kidney stones were confirmed so it wasn’t like I was making it up or even exaggerating the experience. By the time you require surgery to get one of the buggers out, they know you’re in misery!

WHEN YOU KNOW SOMETHING IS WRONG

As a nurse, I knew it was more than just ‘not enough water and poor diet’ causing my stones. My PCP did blood work on me regularly and my serum calcium levels were elevated. That was a red flag but my doctor missed it. My urologist missed it too. I kept telling them my kidney stone attacks were getting more frequent and more intense and could it have something to do with my elevated serum calcium levels? Blank looks and crickets.

Finally, in ER, as they decided I had to have surgery to remove a particularly large stone, one of the ER docs listened to me about my elevated calcium levels. “Wait, what?” he said. “Let me do a couple of tests.” He returned with the bad news. I had parathyroid cancer which caused elevated serum calcium and parathyroid hormone levels which in turn caused the frequent kidney stones. All hallmarks of the disease. That was “good” news. At least I knew why it was happening and there was something to be done about it!

After my kidney stone surgery, I visited a general surgeon who confirmed my cancer and removed the mutant gland. Unfortunately, it didn’t change my signs and symptoms. At first my surgeon doubted my complaints after my first successful surgery. Then they confirmed a recurrence of parathyroid cancer in the next gland (there are four of them in total) and so proceeded with surgery.

I’m quite a rarity as it turns out. Few people have parathyroid cancer and even fewer (<1%) have a recurrence. The recurrence was confirmed when visiting a nephrologist who did standard blood work to confirm it. When my surgeon realized I was a zebra and not a horse (anyone reading this familiar with Occam’s Razor?) he sent me to an endocrinologist who diagnosed me with MEN1, the cause of my parathyroid cancer.

IN-DEPTH DISCUSSION WITH MY ENDOCRINOLOGIST

My endocrinologist gave me the time needed to make that diagnosis. He asked me a lot of questions and allowed me to share my seemingly unrelated health hiccups over the previous 20 years that other doctors couldn’t make sense of. Once the diagnosis of MEN1 was made, everything started to make sense!

YOU’VE GOT TO STAND UP FOR WHAT YOU NEED

While not everyone has a couple of rare diseases like I do, everyone would benefit from learning to be their own advocate. For years, I was a broken record at doctors’ offices, hoping, finally, someone would listen to me. If I had given up, there is no telling where I’d be today. Possibly dead.

It’s not easy to speak up for ourselves, especially when we don’t understand what’s going on. Neither when your health care professionals shuttle in and out of your exam room for minutes only. But we must! We can’t give up!

Be organized in your concerns and complaints.

Give frequency, duration, and intensity when you’re describing symptoms. For example: I had a kidney stone that lasted four days before it passed and another one came on three days later and the pain was an 8/10 and I was nauseated and could hardly pass urine for two days. Oh, and my dad was hospitalized several times for kidney stones. This is the kind of information that helps doctors. Telling them how it ruined our daughter’s birthday party doesn’t help them!

And what to do if even when you are organized with good information and they keep blowing you off?

I’ve had to switched doctors half a dozen time over the years before I found the great group that cares for me now.

Again, it’s not easy to self-advocate. But that’s the part of our healthcare that is our responsibility. We know best what’s going on with our bodies and it’s up to us to find a good doctor and give him/her the kind of helpful information they need to give us the treatment we need and deserve.

Write it down in a notebook

and bring it along with you if that helps.

You deserve the best healthcare you can get. Help your medical staff give it to you!

Lisa is a recently retired RN who practiced in several areas of nursing including medical/surgical, psychiatric, and hospice. Lisa is also graduate of the University of Michigan in psychology and trained to be a Masters in Social Work.  She is a monster football fan and lives in Southern Illinois with her daughter who serves in the USAF and is currently pursuing her nursing degree. They have three fur babies who they love and spoil daily. 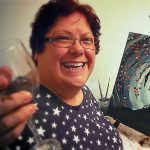 I am an immigrant with legal status in the United States.