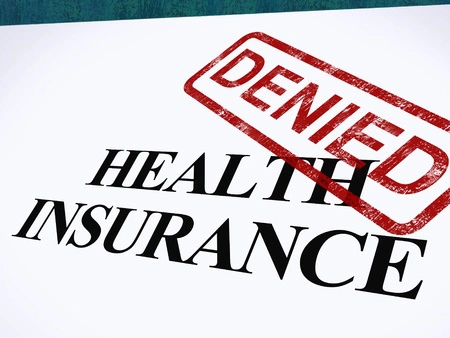 Anthem is denying emergency room visits for serious symptoms, including chest pains, difficulty breathing and blood in the urine.

“Health insurance companies are scaring people away from emergency departments, saying they will decide after the fact what is a real emergency,” warns Dr. Rebecca Parker, president of the American College of Emergency Physicians. “If your insurer disagrees with your decision to visit the ER, they may now refuse to pay.”

The Los Angeles Times reports that Anthem has informed patients “that if they show up at the emergency room with a problem that later is deemed to have not been an emergency, their ER claim won’t be paid.”

“There is real and justified concern about this,” says UC San Francisco Renee Hsia, a practicing emergency physician. “It’s certainly possible other insurers will pick it up, and might do it intentionally because it deters other kinds of care.”

The policy has quietly been enforced in Georgia, Missouri and Kentucky. Now, the insurance company is expanding the ER denials to New Hampshire, Indiana and Ohio.

“These new actions violate federal law and are dangerous because people with identical symptoms — such as abdominal or chest pains — may either have a deadly medical condition or a non-urgent issue,” writes Forbes contributor Dr. Robert Glatter. “It is not fair for health insurers to expect patients to know the difference between a heart attack and something that is not life threatening.”

“How many patients will suffer preventable injury or even death because they now fear a bill for a legitimate emergency department visit?” asks Dr. Aida Cerundolo, a physician practicing emergency medicine in New Hampshire.

Brittany Cloyd recently told Vox that she was doubled over in pain when she arrived at Frankfort Regional Medical Center’s emergency room on July 21, 2017.

“They got me a wheelchair and wheeled me back to a room immediately,” said Cloyd, 27, who lives in Kentucky.

Cloyd came in after a night of worsening fever and a increasing pain on the right side of her stomach. She called her mother, a former nurse, who thought it sounded like appendicitis and told Cloyd to go to the hospital immediately.

The doctors in the emergency room did multiple tests including a CT scan and ultrasound. They determined that Cloyd had ovarian cysts, not appendicitis. They gave her pain medications that helped her feel better, and an order to follow up with a gynecologist.

A few weeks later, Cloyd received something else: a $12,596 hospital bill her insurance denied — leaving her on the hook for all of it.

Consumer Reports shares the story of patient Kimberly Fister-Mesch, who woke up in the middle of the night with head pain so severe she thought she might be having a stroke.

“When she took her blood pressure and found it spiking to 190/120 (normal for her is 120/90), she had her husband race her to the emergency room a few miles away from their home in Lexington, Ky.”

“Fister-Mesch was relieved when a CT scan at the hospital found she wasn’t having a stroke but suffering from bacterial mastoiditis, a serious but treatable inner ear infection. The 54-year-old was given pain killers, an antibiotic prescription, and sent home.”

“But her relief was short-lived. A few weeks later, she got a letter from her insurer, Anthem, saying that it wouldn’t cover the $4,300 ER bill because her condition didn’t meet the company’s definition of a true emergency. Instead, they said she should have called the insurer’s 24/7 online doctor service or have gone to her doctor’s office or to an urgent care center.”

Have you been denied coverage of a medical bill? Tell us your story.