Alzheimer’s and Dementia: What are the Differences?

Do you know the difference between Alzheimer's and dementia, or frontotemporal and Lewy-body dementia? I thought I did, but I was wrong. 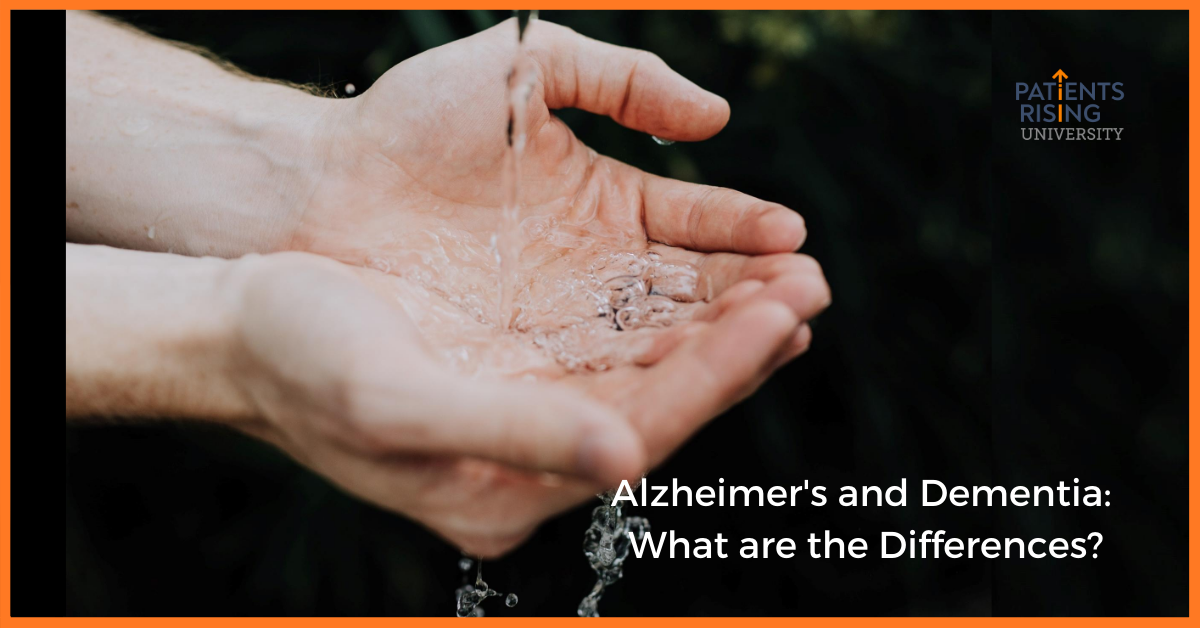 Are Alzheimer’s and dementia different diseases? What’s common and what’s different about them? According to the U.S. Government, dementia is not a single disease, rather a collection of symptoms that can be caused by disorders that affect the brain.

Age-related dementia—characterized by loss of a person’s ability to think, remember, problem solve, or reason—is currently estimated to affect about 5 million individuals in the U.S. Alzheimer’s is the most common form of dementia.

Differences Between Alzheimer’s and Dementia

The term dementia is used to describe a loss of cognitive function and behavior that impair performance of routine activities. While not a normal part of aging, dementia is more common among the older population. In addition to Alzheimer’s, Lewy body dementia, frontotemporal disorders, and vascular dementia are the other known types. Certain clinical conditions can lead to reversible dementia-like symptoms:

normal brain versus Alzheimer’s disease in the brain – wikimedia commons

What Is Alzheimer’s and How Does It Progress?

Alzheimer’s Disease progresses gradually, the different stages manifesting over more than a decade. There are three broad stages of progression: early, middle, and late-stage.

Alzheimer’s Disease progresses gradually, the different stages manifesting over more than a decade. There are three broad stages of progression: early, middle, and late-stage. Click To Tweet

Individuals with early-stage of the disease still have their independence. They may still be actively working and interacting socially. Symptoms such as memory lapses, forgetting commonly used words, forgetting names of people they may have newly met, etc. may appear almost a decade after cognitive issues become obvious. Those closest to the individual may be the ones to notice these symptoms.

Here is a page from the Alzheimer’s Association, with resources for those who have been newly diagnosed with Alzheimer’s disease.

This stage can last a long time, even years. The disease symptoms become more prominent and the person may confuse words, show signs of frustration or anger, or display unusual behaviors such as not wanting to bathe. Other symptoms may include:

There is also the fear of individuals wandering away from home. Constant assistance will be required for daily activities, which can put stress on family caregivers.

The most severe stage of Alzheimer’s is the late stage when communication and mobility rapidly deteriorate. Extensive care needs may be needed as the person…:

To ensure dignity and comfort towards the end, support services are recommended.

You can find detailed information from the Alzheimer’s Association on what can be expected and how to best manage the late stage of Alzheimer’s.

If you want to find a caregiver or a home health aide in your area, use the Patients Rising Concierge tool. It pulls resources from a carefully curated list of reliable nonprofit, state and private services and institutions. It’s safe and free to use.

The information we provide is for educational purposes only. Please seek advice from a medical professional for specific clinical symptoms.

Patients Rising acknowledges the important contributions of Surabhi Dangi-Garimella, Ph.D. in this article. Improving patient access is our mission and we are happy to utilize a variety of experts to carry that out.